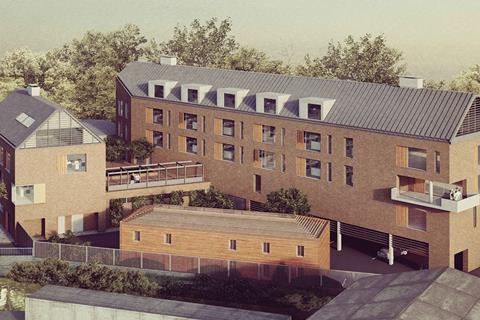 Allies and Morrison has secured planning permission from Wandsworth council for the redevelopment of a brownfield site in Vauxhall, London, for a new headquarters for security firm Banham.

The scheme involves the demolition of the existing warehouse and railway embankment building and the creation of a part four/part five storey building, along with the renovation of a two-storey building.

Banham and 300 of its staff are relocating from its current Vauxhall headquarters, which is needed by Transport for London as part of its plan to extend the Northern line into the borough.