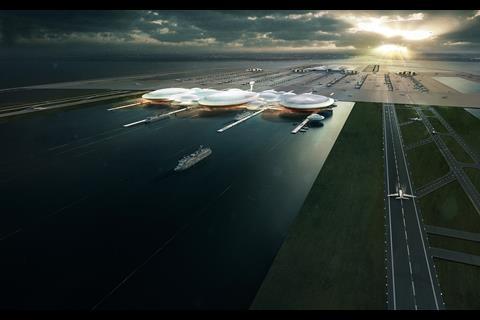 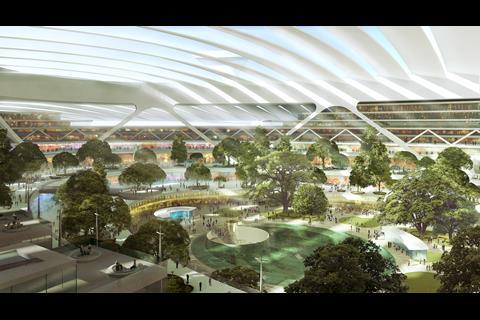 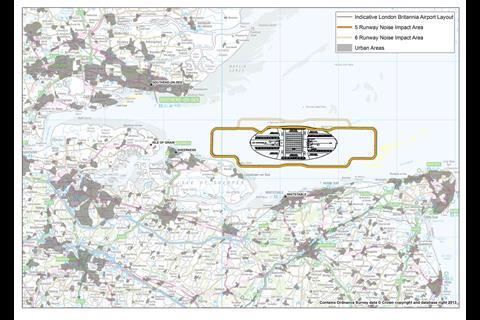 A consortium including architect Gensler has unveiled new designs for its proposed £47.3bn London Britannia Airport in the Thames estuary.

Gensler dropped its own plan for a floating airport in the estuary in January in favour of joining forces with rival consortium the Thames Estuary Research and Development (Testrad) and together in July submitted joint proposals for a fixed airport in the estuary to the government’s Davies Commission, which is examining UK airport capacity.

Yesterday evening, Testrad revealed more detailed plans and fresh visualisations in a presentation given to MPs and Lords in the House of Lords.

The new scheme rivals Foster + Partners’ proposal for an airport at the nearby Isle of Grain, as well as proposals to expand London’s other airports.

Testrad’s proposed estuary airport would involve six fixed runways built in the Thames estuary, linked by a tunnel to Ebbsfleet in Kent and then on to London via High Speed One.

Testrad claims its proposal would be the cheapest, thanks to £47bn recouped from closing Heathrow and turning it into a new 300,000-home residential London borough.

The consortium also argues it could be built in seven years, thanks to lower planning restrictions out in the estuary.