Banks wary of pulling the plug on housebuilders 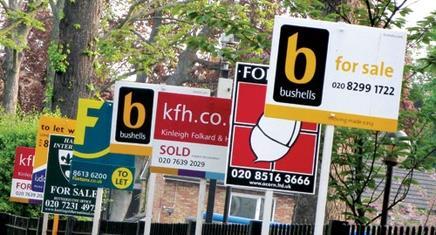 The news that Taylor Wimpey has extended rescue talks with its lenders into 2009 prompted a bout of collective teeth-sucking in the City last week.

In a statement to the stock exchange, the housebuilder said its banks were supportive of a deal to relax lending covenants, but that talks had been extended beyond the December 2008 deadline to include bondholders, who are owed a £450m slice of its overall £1.7bn debt.

The timing could not have been worse given the wider ructions in the banking sector, but whether this leaves the glass half-full or half-empty is open to debate. Charlie Campbell, an analyst at Liberum Capital, said news of the banks’ positive stance was the “first step” towards the housebuilder’s survival and retained his “hold” recommendation on the stock.

But Robin Hardy, an analyst at KBC Peel Hunt, said the delay was “a cause for concern” and told investors to sell. He said: “You may see the bondholders rush for the door and demand their money back now.”

Meanwhile, Kevin Cammack at Kaupthing retained his “hold” recommendation but warned: “Everything is so unpredictable at the moment that it’s a close call whether Taylor Wimpey will survive.”

Nerves are certainly jangling after events at Lehman Brothers, Bradford & Bingley and HBOS, but can the housebuilding industry survive without a high-profile scalp of its own?

Quite possibly, according to a source close to the talks between Taylor Wimpey and its banks. He said the mood among a committee of bondholders, which will begin talks with the banks within days, was supportive because the alternative was “simply too awful to consider”.

“The banks won’t need to lean on bondholders to support Taylor Wimpey,” he said. “To scupper the deal would mean lending to a company in administration and that would mean a very long and messy wait to get repaid, and nobody wants that. If talks go well, they get repaid on the maturity date plus a fee for agreeing to help.”

If the banks thought Barratt wasn’t going to get the best price from its assets, they might as well have taken Taylor Wimpey out and put a bullet in the back of its head

The attitude of lenders has appeared supportive since Barratt became the first listed housebuilder to announce a deal in July.

One City analyst said banks had little option but to throw housebuilders a lifeline. “The alternative was to withdraw credit lines and recover some of their debt by selling off assets for whatever they could get. But ask yourself who is the best seller of houses out there. The answer is Barratt, so why pull the plug?”

KBC Peel Hunt’s Hardy agreed:“If the banks thought a selling machine like Barratt wasn’t going to get the best price from its assets, they might as well have taken Taylor Wimpey outside and put a bullet in the back of its head.”

The Barratt deal was followed by an agreement at Redrow in September and last week £36m-turnover Oakdene became the latest company to make upbeat noises about the supportive stance of its banks. It had fallen in breach of its covenants after a £6.4m loss in the first six months of 2008.

The banks themselves concede that they have little alternative. One senior banking source said: “We will remain supportive of the housebuilders because it is in our interest to waive covenant breaches, provide a more accommodative covenant package or even allow interest and payment holidays.”

He added: “The alternative is that we take ownership of the housebuilders and their developments and landbanks. We have little expertise in managing such assets and our own capital ratios will be damaged by taking them onto our balance sheet.”

Although the banks do not want to take on land if they can help it, it still plays an important role as a long-term asset, according to Campbell. He said: “In the end, common sense will prevail because the banks can see the long-term potential of land.”

Another analyst added: “It’s not like telephone directory Yell, for example, which has been in talks over £3.7bn of debt. All that company has to fall back on is the loyalty of users.”

HBOS was always the biggest housebuilder anyway, given its investment in the sector. You could say the industry’s already suffered a big casualty

Campbell said the dire state of the mortgage market also played its part. “If the economic situation were healthier and the banks could wind up a company and sell off the plots tomorrow it would be a different story.”

The consensus may be that the industry will avoid a major casualty, but there are dissident voices. Mark Hughes, an analyst at Panmure Gordon, said some big players could get into trouble if the market continued to drop, despite renegotiated bank deals.

He said: “If the level of falls in house sales seen up until now continues into February and March next year, then things are going to get difficult for the more highly geared housebuilders.”

Richard Kelly, construction partner at BDO Stoy Hayward, warned that there would not necessarily be a safety net for smaller players. “Banks know they are not housebuilders and don’t want to take on thousands of sites, but smaller developments would be much easier to handle.”

One senior source at a major housebuilder agreed. He said: “Some smaller guys live hand to mouth from the banks and they’d go under if they lost funding for new projects.”

He adds: “The joke was that HBOS was always the biggest housebuilder anyway, given its investment in the sector. You could argue that the industry has already suffered a big casualty.”

Whatever happens, the banking source indicated a strong reluctance to pull the plug. He said: “It is unlikely we will enforce receivership unless the debt coverage levels are so dire that an asset sale is the only exit. Even in that scenario, sitting tight and waiting for a market stabilisation may be more logical than a fire sale into a declining market.”

As this banker weighs up his options, a popular adage will inevitably play on his mind.

Timeline: So far, so good?

1 October Oakdene announces it is in breach of covenants. Carl Turpin, chief executive, says a deal will happen “in days”

3 October Taylor Wimpey says lending deal will only happen in 2009, owing to involvement of bondholders