Banks ‘would offer new waiver’ to Barratt and Taylor Wimpey 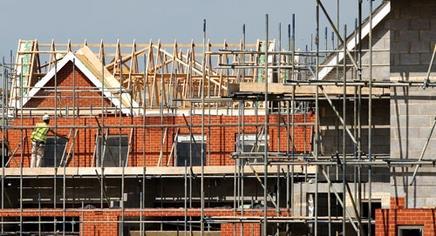 As Taylor Wimpey rescue talks continue, lenders say they will reshape deals rather than allow a breach

Banks will waive new lending arrangements with Barratt and Taylor Wimpey if they are in danger of being breached, according to senior financial sources.

Confirmation of the banks’ supportive stance comes as rescue talks continued this week between Taylor Wimpey and its lenders.

Informed sources tip the housebuilder to strike a similar deal to Barratt, whose interest cover arrangements were converted in July into deals linked to its ability to generate cash.

One senior financial source close to the situation said: “If there is the danger of a fresh covenant breach at Barratt or Taylor Wimpey, the banks and the borrowers will sit down and rework those covenants to ensure no breach occurs.”

Despite the leeway, the source said a breach was not currently on the cards at Barratt.

According to another source close to the talks, the attitude marks a change in the relationship between volume housebuilders and the banks. He said: “If things get weaker in the future, what you will see is conversations being triggered, not covenant breaches.”

Both Taylor Wimpey and Barratt have debt of about £1.7bn but the financial source said lenders had to take a realistic view given that they were not prepared to pull the plug and take on developments themselves.

He said: “You must be pragmatic in these circumstances and what you’ve seen is a partnering ethos develop between banks and housebuilders. The banks are only likely to pull the plug if debt coverage ratios become so terrible that a fire sale of assets is the best way out.”

One housebuilding analyst said: “I’d be astonished if new waivers were necessary given all the stress-testing that has gone on, but the banks would demand a heavy price if they were. That would be a higher return on their money or their money back quicker. They’re not known for giving something for nothing.”

Was Barratt hinting at further room for manoeuvre when it announced the bank deal in July?

“The board considered it would be a prudent approach to …seek a more flexible covenant package which would be more suitable in the current trading environment.”