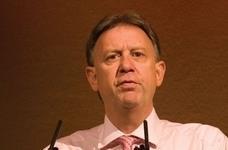 Troubled housebuilder tells staff it is shedding 15% of 6,500 workforce, closing two divisions and merging eight others

Barratt has made 1,000 staff redundant as a result of the housing downturn.

The move comes as Barratt is struggling under £1.8bn of debt, which has seen its share price fall 84% in two months to 42p.

The company held meetings at hotels around the country this morning at 10am at which staff were told of the changes.

As part of the cull, Barratt will close two of its 32 divisions and merge eight others into four.

The steps we are taking today reflect the further potential for efficiency gains.

It is understood the company was waiting for its year end on 30 June before making the move.

A spokesperson confirmed the cuts. He said: “The company is managing its overheads in light of the changing market conditions.”

He added: “The steps we are taking today reflect the further potential for efficiency gains. The changes will be made after a process of consultation and done on a division by division basis.”

It follows similar moves at every other volume housebuilder in the UK. Yesterday Taylor Wimpey announced it was making 900 redundant.