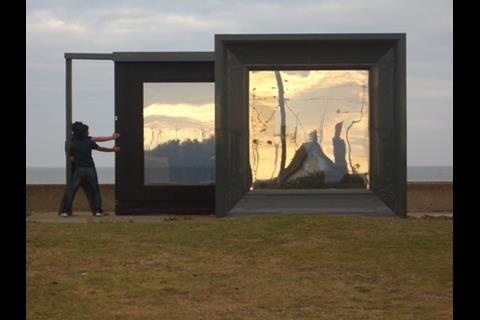 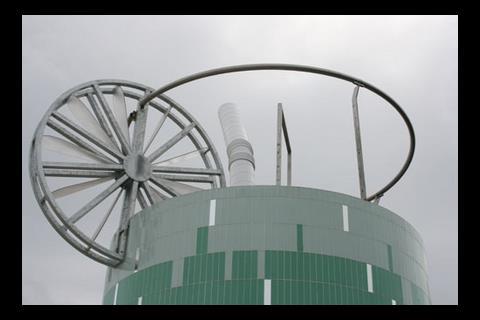 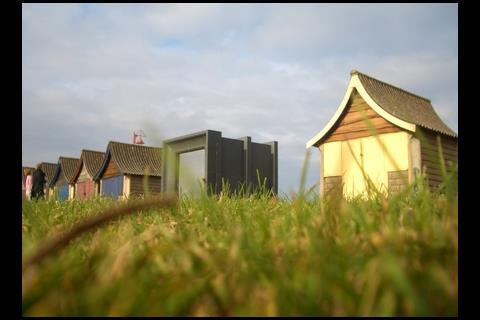 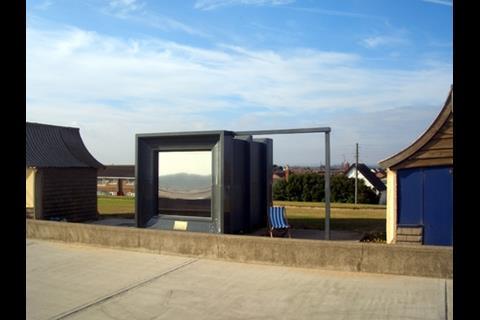 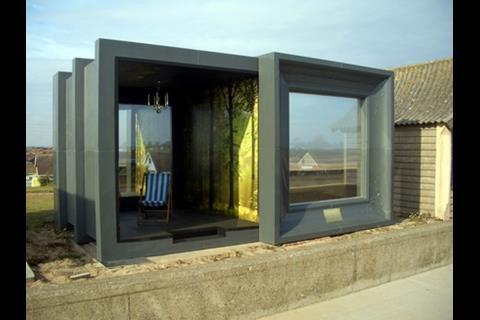 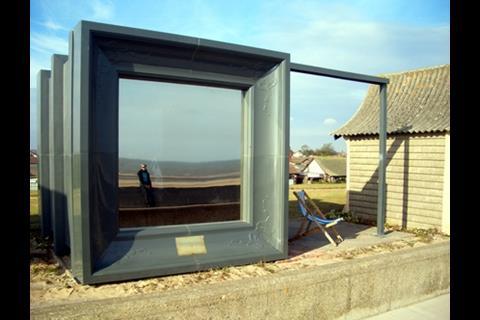 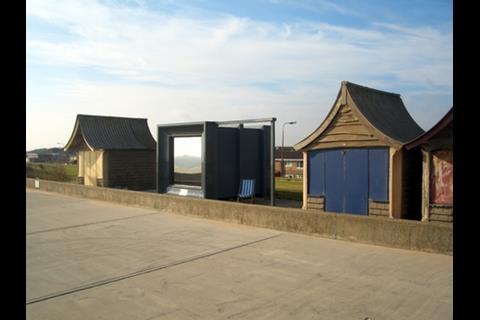 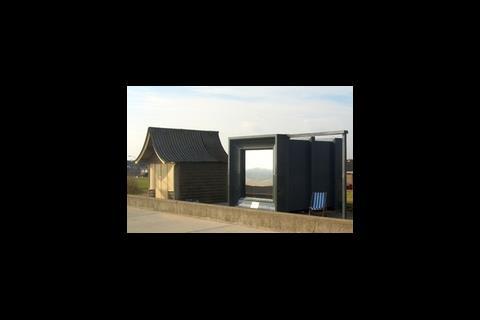 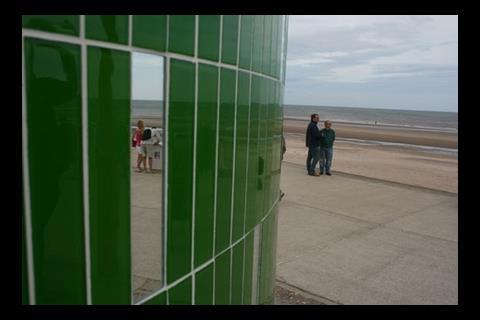 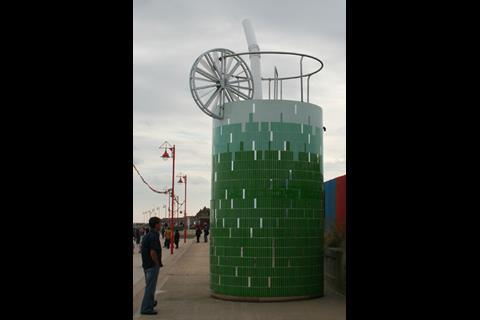 Four other beach huts were revealed at the weekend including a design by Michael Trainor, which resembles a giant cocktail glass.

Eyes Wide Shut's frames have floor-to-ceiling mirrored panels, which reflect the beach and town. The one-way mirrors allow unobstructed views from the inside and prevent people on the outside peering in. The internal walls are clad with a full height graphic of a forest clearing.

The mirrored frame to the front, which is made from glassfibre reinforced plastic slide out, acts as a shelter to the garden alongside the hut.

Julia Feix and Tarek Merlin said they were keen to find new ways of regenerating the British seaside.

They said: “This issue is becoming more and more important as people become concerned with the carbon emissions of flight travel and interested in spending their holidays on these shores.”

“There’s a desire to return to an idea of the traditional British seaside holiday, but with a fresh and novel approach.”

The competition was devised by artist Michael Trainor to introduce new seaside architecture along a 10-mile stretch of Lincolnshire coast between Mablethorpe and Chapel St. Leonards.

The other beach huts on display are The Mablethorpe Camera Obscura by Willett and Patteson, Halcyon Hut by Atelier NU and Jabba by i-am associates. All the huts are available to rent.