BBA based fire rating for Kingspan foam on tests of other products, Grenfell Inquiry hears

A major certifying body may have based the fire rating it gave a combustible insulation product which was used on the refurbishment of Grenfell Tower on tests of different products, the inquiry has heard.

The former deputy chief executive at the British Board of Agrément (BBA), Brian Moore, admitted it was “more likely than not” that the classification of Kingspan’s K15 insulation had been “extrapolated” from test reports on other phenolic foam products produced by the firm dating back as far as 1991.

Moore, who joined the BBA in 2014, told Tuesday’s hearing that there were no records of test data being received by Kingspan in the folder of a 2008 certificate which gave the product a Class 0 rating, with the folder’s fire section instead containing a series of fire reports on other Kingspan products.

The certificate stated that K15, a combustible phenolic foam material, “will not contribute to the development stages of a fire or present a smoke or toxic hazard”. 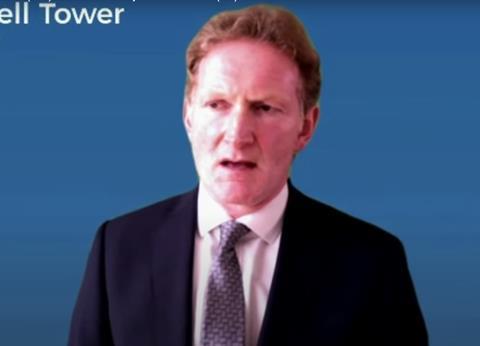 In fact, the inquiry has already heard that a fire test on K15 conducted a year before the BBA certificate was issued had turned a test rig into a “raging inferno” that had to be extinguished out of fears that it would endanger the laboratory.

Inquiry counsel Richard Millett QC asked: “Do you agree with me that if K15 is indeed, as I think you have accepted, a combustible material, the statement, ’The boards will not contribute to the development stages of a fire’ is inaccurate and misleading?”

Moore replied: “If Kingspan K15 will burn, and will contribute to the development stages of a fire, then that is not correct.”

He added that while it was “not unusual for the BBA to extrapolate its opinion from one product to a similar one,” he said that he “can’t be certain whether that is permitted” under UK fire regulations.

Millett then asked if the BBA followed any particular guidance when carrying out the extrapolations.

Moore replied: “Guidance? Not that I’m aware of. It would be the opinion… the technical opinion of the competent individual, supported by their peers.”

He added: ”A lot of the BBA work is a technical opinion, which we need to stand by in evidence, but I’m not aware that there’s specific guidance in this case that was applied in terms of making the decision about extrapolation, if indeed that was the case.”

The inquiry was shown a summary of the test reports which the BBA used to give the foil-faced K15 a Class 0 rating, showing a variety of different types of phenolic foam products.

Millett asked if Moore knew what consideration was given to the fact that none of these products appeared to have the same facer arrangement as K15 at the time of the certificate.

Moore replied: “If they were in the folder, in the section that related to fire, then it was the assumption, the belief, that they had been considered.”

He added: “Now, whether that… whether they were satisfactory evidence to make the opinion that would support BS 476 [British fire standards] in the absence of a test, I can’t comment. If they’re not sufficiently similar, then that can’t be a good thing.”

Asked how similar products have to be for the data to be extrapolated, Moore said that he did not know and admitted that he had not checked or discussed either the concept or the methodology of extrapolation of test data with a fire engineer.

Millett then asked if Moore could explain why the BBA had not simply followed up to Kingspan with a specific request for fire test data. Moore said he could not, adding: “It does seem to me it would be easier just to ask for the fire test.”

Asked if issuing the certificate in the absence of test data – which, if supplied, would have shown that K15 fell far short of achieving Class 0 – was a “very basic failure of due diligence on the part of the BBA”, Moore answered: “If there was no basis upon which to include that statement in the certificate, then that can’t be correct, that can’t be right.”

The inquiry has already heard how Kingspan had changed the chemical composition of its K15 product a year after it had passed a 2005 fire test but had continued to use the test results from the older version of the product to market the newer version as safe for use on buildings above 18m.

In a letter sent to the Building Research Establishment last year, Kingspan said it was “now of the view” that the product it had been selling to the market since 2006 was different to what had been tested.

Last month, the BBA announced proposals to begin unannounced testing of randomly selected materials which are already being sold on the market.

It also said that it wanted to have earlier involvement with manufacturers during their product development process, including observation of tests submitted for assessment, reviews of all test results and storage of samples of materials used in tests for future reference.

K15 was never specified for the refurbishment of Grenfell Tower but was found to be included in the building’s cladding system after the disastrous fire which killed 72 people in June 2017.

The first phase of the inquiry into the fire has already found that the insulation products included in the cladding system “more likely than not” contributed to the spread of flames up the side of the tower.