The UK’s biggest issuer of construction products certifications has proposed a shake-up of testing practices which could see unannounced testing of building products already on the market.

The British Board of Agrément (BBA), which issues certificates on building products including cladding and insulation, has proposed testing randomly selected materials at regular intervals. 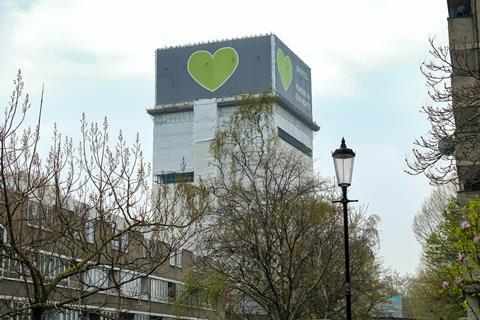 It would be a change from the regulator’s current testing programme, which only sees tests carried out on products before they have been certified as safe for use on buildings.

The BBA said that it also wanted to have earlier involvement with manufacturers during their product development process, including observation of tests submitted for assessment, reviews of all test results and storage of samples of materials used in tests for future reference.

The proposals, which have been given the working title ‘Agrement Plus’, are part of a new consultation launched by the body aiming to drive up safety standards for materials used in high-risk residential buildings (HRRBs).

The regulator has called on manufacturers, suppliers, designers, specifiers and others to provide feedback to the consultation, which runs until 19 March.

It comes as the industry braces for sweeping regulatory changes recommended by Judith Hackitt in her 2018 report Building a Safer Future, which was published in the wake of the 2017 Grenfell Tower fire.

The BBA said the consultation, which is being supported by Hackitt, aims to secure a consensus for an effective approach to safely certificating construction products for use on HRRBs, including those above 18m in height.

BBA chief executive Hardy Giesler said: “The BBA Agrément certification scheme has served the industry well for more than 50 years but it is widely recognised that HRRBs pose specific and unique challenges.

“It is these that we wish to address through engagement with as many stakeholders as possible in order to reach agreement on the best way forward. Our objective is to generate a solution that has broad support across the many diverse stakeholders.”

He added that the BBA would be working with Hackitt, the Industry Safety Steering Group and the recently announced Construction Product Regulator to “ensure a fit-for-purpose outcome with full industry backing”.

The launch of the consultation follows evidence given in recent weeks to the public inquiry into the Grenfell fire, which killed 72 people, by materials manufacturers Arconic, Celotex and Kingspan.

The inquiry has heard how several of the products used on the tower’s refurbishment, including Kingspan’s K15 insulation, Celotex’s RS5000 insulation and Arconic’s Reynobond PE cassette panels, had been certified as safe for use on buildings above 18m based on misleading test results.