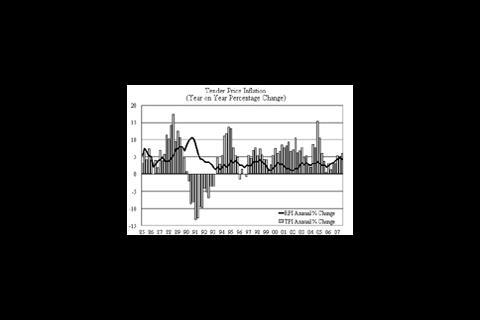 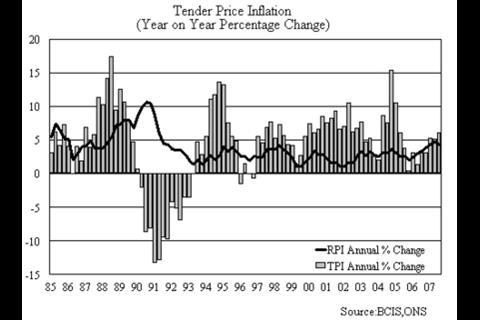 The price of new construction work continued to outpace general inflation in the year to the third quarter of 2007, according to the latest Building Cost Information service (BCIS) Tender Price Index.

It suggests the rise can largely be attributed to strong new work output growth and above inflation rises in contractors’ input costs such as labour, plant and materials.

New work output rose by 4.4% in the first three quarters of last year compared with the same period in 2006.

He said: “Whilst 2007 has shown impressive year-on-year growth in new work output, we expect momentum to slow down significantly in 2008, as the credit crunch begins to bite and investors delay or cancel schemes they had in the pipeline.