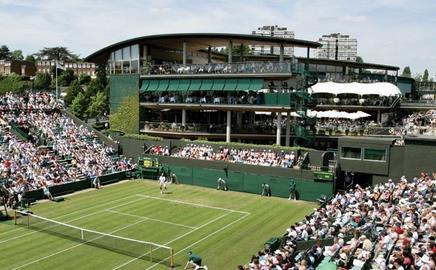 The All England Lawn Tennis & Croquet Club has launched a £4.6m writ against the UK’s largest architect and a subcontractor, claiming serious defects on the media and broadcast centre at Wimbledon.

In a writ filed at the High Court, the club claims architect Building Design Partnership (BDP) and subcontractor FB Ellmer were responsible for “defective design” and “poor workmanship” on the Millennium Building at the club’s famous Wimbledon venue. The building’s main contractor Try, which subsequently became part of Galliford Try, is not named in the writ.

The Millennium Building, which was completed in 2000, houses the media centre and facilities for players, members and officials.

In the writ, the tennis club details a long list of defects that have appeared in the nine years since it was completed (see below), including claims that the building leaks rainwater.

A key issue is BDP’s decision to use untreated iroko timber, a yellowish hardwood which the client says was incompatible with the glazing system specified by the architect. The poor performance of this timber has caused severe problems, according to the client.

It now plans to appoint Galliford Try to replace the glazing and iroko timber with a drained and ventilated glazing system. QS MDA Consulting has drawn up a plan for which the contractor has tendered a sum of £4m. With £600,000 of legal and consultancy costs, the total claim comes to £4.6m.

The tennis club is also considering an alternative scheme that would replace the timber frames with aluminium.

BDP has been working with the tennis club since 1992. It has designed a masterplan and two courts for Wimbledon as well as the media centre at the centre of the legal wrangle.

FB Ellmer, also known as Ellmer Construction, is part of the Byrne Group. It has worked at Wimbledon since 1995.

The writ comes despite the project trialling a “zero-defects” IT system on the job, a database shared between contractor, client and architect.

None of the parties named in the writ wished to comment.