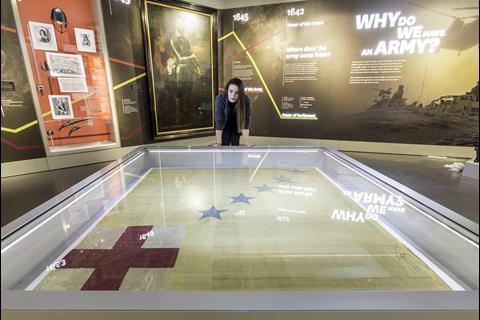 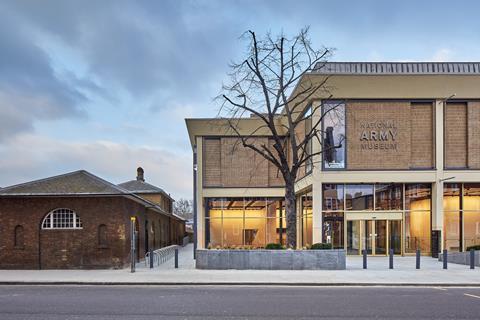 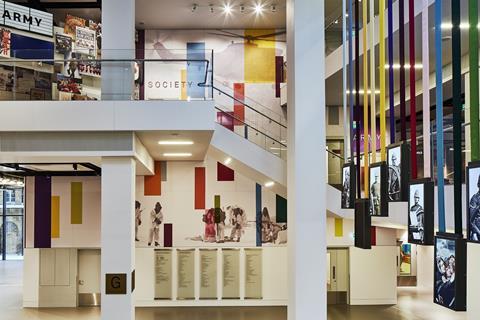 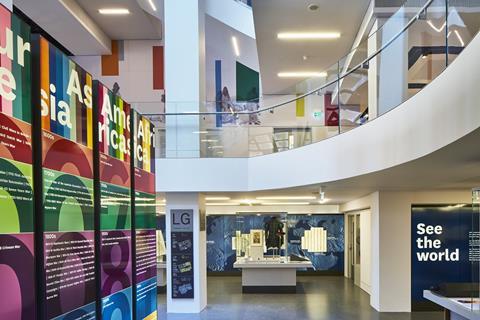 BDP has lifted the lid on its three-year £24 million transformation of the National Army Museum in west London.

Renovation of the museum, next to Christopher Wren’s Royal Hospital in Chelsea, has allowed two-thirds of the collection to be displayed for the first time through six new permanent thematic galleries.

The 2,200sqm museum, which opened its doors to the public yesterday (Thursday), is designed to encourage greater public engagement with the ideas of defence and security.

Galleries under the themes of soldier, army, battle, society and insight will display over 2,500 objects and is complimented by a 500sq m temporary exhibition space.

BDP was appointed in 2012 to carry out work at the museum which recieves over 270,000 visits per year. Among the firms it beat in competition were Wilkinson Eyre, HOK and CF Møller.