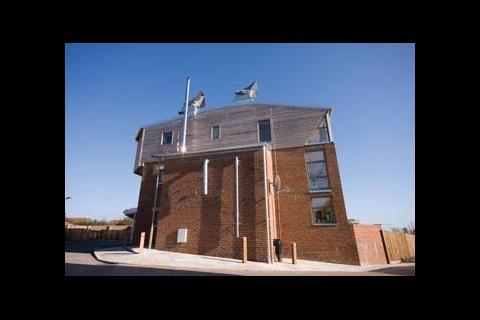 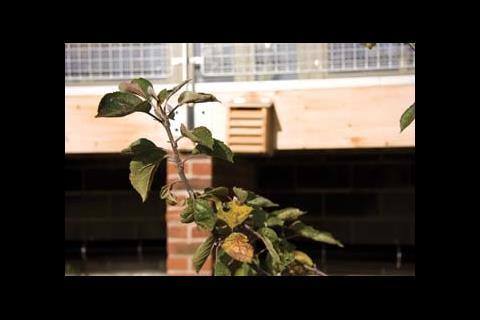 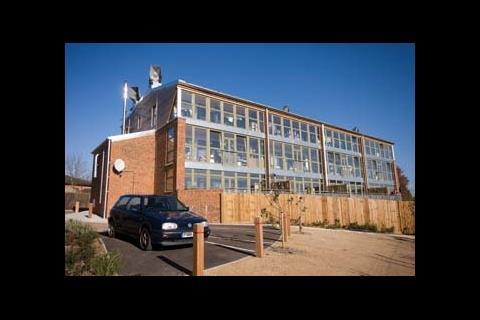 It has been six years since the Peabody Trust’s Bedzed estate championed sustainable large-scale housebuilding. Many hoped that developers would adopt its low-carbon principles and create their own versions of of the scheme.

But it has not turned out that way. Cabe, the design watchdog, recently bemoaned the lack of sustainable schemes that have been built in the five years since Bedzed’s arrival in South London.

Richard Simmons, Cabe’s chief executive, accused public and private sectors of lacking the vision and willingness to continue the work started at Bedzed, and called for a radical restructuring of economic models that drive housebuilders’ decision-making.

One of Bedzed’s designers was Bill Dunster, founder of Dunster Architects and its Zedfactory spin off. Although he is undoubtedly a visionary, Dunster is a pragmatic one, and knows the importance making sustainable buildings less risky for those who pay for them. So Zedfactory’s latest 17-unit scheme for Testway Housing Association in Andover offers lessons to those who care to learn on how sustainable homes can be built on time and to budget.

The dwellings have been designed to achieve a high level of the Code for Sustainable Homes, which grades the houses on the basis of how much energy and water they need to run. Each home has a level three rating – which is the minimum for housing associations. Gita Deb, the project architect, says they can be upgraded to six, which is the highest level, by the addition of renewable technologies.

This means developers and housing associations can choose a level of sustainability to suit their budgets and upgrade later, when renewable technologies such as photovoltaics and wind turbines fall in price.

The annotated photographs to the left shows the cost of the components at Andover, and gives an indication of their affordability in the future.

Dunster is confident that homes can be built to level six. “It can be done, and we’re proving it. It costs £1,750 per square metre for a level six home,” he says. “All the assumptions that you can’t do this stuff needs to be looked at again.”

Deb says the homes could be upgraded to code four if the rainwater butts were connected to the greywater systems in the homes, and further ecopoints would be gained if a green blanket of sedum were installed in the metal trays of the standing seam roofs.

It can be done and we’re proving it. It costs £1,750 per square metre to build a level six home. All the assumptions that you can’t do this stuff need to be reconsidered

The roofs all have solar thermal collectors, and mountings are in place for photovoltaics and wind turbines. Two of the five terrace homes have photovoltaics and one will have a wind turbine on its roof. Deb is hoping it will be the first level six home in the UK once monitoring has been completed.

The Andover scheme is still noticeably a Bedzed scheme. It shares the original’s signature full-height sun spaces, dense thermal massing and wind cowls. Dunster says there is no radical difference between the two, except that costs have been shaved over the years by continually refinement to the design and the construction scheduling.

The wind cowls are one element that has been continually improved by Dunster, in partnership with Chris Twinn. an associate director of Arup. The latest version can now withstand much higher wind speeds than its ancestors, thanks to its metal body and rear hub bearings that were borrowed from the car industry. Dunster says: “We personally paid for wind tunnel tests, which are very expensive. It is little firms like us who are doing this and we don’t always get the credit.”

It was the first time that Feltham Construction, the contractor on the scheme, had built a sustainable development, and its experience will encourage Cabe. “It was a huge jump in knowledge for us, but once you understand it soon becomes standard construction” says Mike Keys, Feltham’s managing director. “The concept is absolutely fine. Some of the detailing you learn to improve on site.”

Keys says that some of the materials specified, such as 300mm wall ties, were not always on the shelf off his local builders merchant but he added that the industry is slowly catching up. All the bits we’re talking about are expanding and will become less expensive. In five years we will be able to pay for them.”

Of course, with the Code for Sustainable Homes now in place, industry has little choice but to study innovators such as Dunster. “We’ve been given the carrot, and now it’s about the stick,” says Ian Gillespie from the Rural Housing Trust, which develops small village sites. “We’ve been able to peer over the fence so far, but now we’ve got to get on with it.”

More schemes like the one at Andover, should give the industry the confidence to invest in sustainable housing. And Zedfactory’s upgrade later approach means developers can get on with building, and worry about hitting higher code levels in the future, when renewables are more affordable. Hopefully, in Gillespie’s words, the industry will no longer have to “grope its way forward” to sustainability.

By installing cowls instead of fan-driven whole-house ventilation, occupiers will save 500kW of electricity, or about £50 a year. This is the cost for all the wind cowls on the site.

Eighteen panels have been installed on two homes, generating 1,350kWh per property per year. The payback period is 15 years and falling, says Zedfactory.

These are still awaiting planning permission from the council. Zedfactory estimates that a 2m diameter turbine could generate 1000kW hrs a year on a windy site such as Hockney Green. Cost is per wind turbine.

A green roof has been specified for the car port roof and more can be retrofitted into the metal trays of the standing seam roofs. The cost includes installation.

Zedfactory calculates that solar thermal panels can provide half of the 85MWhrs of heat required by the 17 homes. The rest would be met by the biomass boiler. Cost is for a 16 tube panel.