Bellway set to expand in Thames Valley and Yorkshire 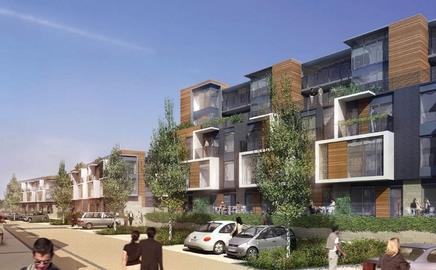 Bellway Homes is launching divisions in the Thames Valley and South Yorkshire as part of an expansion drive.

He said: “We already have someone looking for sites in the Thames Valley, and have someone in place to organise the division.”

The expansion may be part of an attempt to forestall a takeover of the company.

There has been increasing speculation that Bellway, which is the UK’s fourth largest housebuilder, may be the next victim of the housebuilding sector’s continuing consolidation drive. Leitch said this week that it would take a “big argument and an even bigger chequebook” for anyone to buy the company.

He added that Bellway would consider making an acquisition itself if a firm’s share price represented “proper value”.

The expansion is also likely to raise the firm’s margins. Bellway specialises in low-cost housing and is strong in northern England, where house prices tend to be less than the national average. This would be offset by developments in the more highly priced Thames Valley area.

Bellway’s results for the six months to 31 January, announced this week, showed that its margins fell slightly to 19% from 18.7% in the same period the previous year.

The firm, which has its headquarters in Newcastle upon Tyne, has 18 divisions in England, Scotland and Wales.

For more on Bellway, search www.building.co.uk/archive