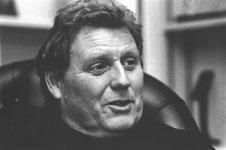 House sales at Berkeley Group have slumped by 60% since the collapse of Lehman Brothers in September, according to interim results out this morning.

The group managed to turn a profit before tax of £79.6m, albeit down 12% on the previous year, despite market conditions MD Tony Pidgley described as “undoubtedly the most challenging for over 30 years.”

In the statement the group said the number of sales was running 55% down on last year until the collapse of Lehman Brothers, with sales running 60% down since then. It welcomed action to reduce interest rates but said that the 1.5% cut in rates by the bank of England last month had yet to feed through to increased buyer confidence.

However, it managed to post a 2.5% increase in turnover for the six months to October, with revenue of £452.6m. Its profit margin fell from 21.5% to 17.8%, a figure it nevertheless said fell “within the historic long-term range.”

It also said that over 50% of the purchasers of its homes were buy-to-let investors, but nevertheless said that market had held up because of limited other options for investors. Forward sales were down by exactly a third on the same point last year, at £807.9m.

While the firm said it was not formally writing down the value of land on its balance sheet, it said it has revised the estimated “gross margins” on the plots it controls, by £581m to £2,147m, a fall of 27%. At the same time the number of plots it controls has fallen by just 3.5%, to 30,278. It said this reduction was caused by revisiting site plans in the light of the current market, and in many cases submitting revised planning applications.

Pidgley said: “The lack of availability of mortgages for our customers, brought about by the global financial crisis and broader recessionary fears, has resulted in downward pressure on transaction volumes and sales prices. This is largely outside our control and will continue until the root of the problems in the financial markets is addressed and the feel-good factor can return to the economy.