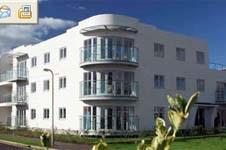 Housebuilder Berkeley Group is to raise £50m from its shareholders to help build a £300m war chest for land acquisitions.

In an interim management statement today, the housebuilder said it was issuing 6 million shares to existing shareholders in order to reinforce Berkeley's balance sheet “so that it can take advantage of more opportunities to invest in new land”.

The builder said that the continuing downturn was hitting sales, with reservations down 55% on the “historic average” for the group.

Despite this, it managed to increase its cash reserves over the three months from November to January by almost £100m to £236m. This was in part because it had spent just £20.9m on land since May last year.

With the share placement, Berkeley says it will have “in excess” of £300m to spend on land purchases. It also said it was not expecting to write down the value of existing sites.

However, shareholders will have to forgo the expected £3 dividend Berkeley had previously committed to returning to them by 2014, as well as suffering a 5% dilution in price due to the share placement.

The company said it was in a “uniquely strong position”, reporting more than 30,000 plots in its land bank at 31 October 2008, with a strategy that recognised the cyclical nature of property development.