Housebuilder Berkeley Group said it is still on course to deliver full year profits of £500m, despite its numbers taking a hit because of covid in the first half.. 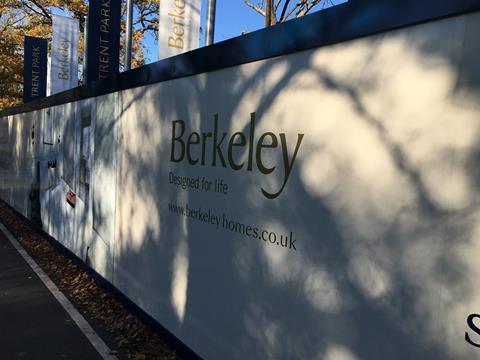 But the firm said it was still on track to deliver its annual pre-tax profit outlook of around £500m and paid out £171.4m to shareholders over the period including a £134.3m dividend. It will pay out another £140 by the end of March.

The firm, which said it did not furlough any of its staff during the period, had net cash of £954m at the end of October, down from the £1.1bn it record at its April year-end.

Berkeley said it had bought four sites during the period, three in London, including schemes at Southwark and Paddington, and a fourth in Oxfordshire with all four amounting to a pipeline of 2,800 homes.