ISG, Kier and Skanska are among a second group of firms to have joined an initiative aiming to attract more young black men into the construction sector in London.

Design Labs is a 12-month programme helping construction and infrastructure businesses to tackle the under-representation of black men aged 16 to 24 years in the sector. Overall, the unemployment rate among young black men in London is 33%, compared with 15% for young white men.

So the Equal Group and City Hall have recruited nine more firms to the scheme, which is part of the Greater London Authority’s (GLA) workforce integration network. 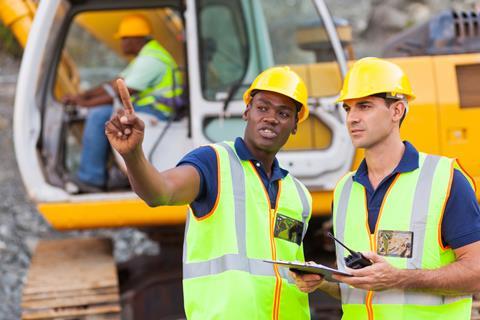 The country’s biggest listed and private contractors, Balfour Beatty and Laing O’Rourke, are already part of the scheme

Debbie Weekes-Bernard, the deputy mayor for communities and social justice, said: “London’s strength is its diversity and, as we build back better from the pandemic, we need to create and embrace opportunities to broaden and diversify our city’s workforce.

”I’m really pleased that nine additional companies have now signed up. The mayor and I are committed to creating a fairer, more equal society for all Londoners and this City Hall-funded programme, with a specific initial focus on young black men and delivered in partnership with The Equal Group, equips organisations and companies with the skills and knowledge needed to instigate positive and lasting change.”

A key focus of the programme is helping organisations to create a detailed data-driven action plan, with executive commitment, to transform outcomes for young black men.

Senior executives from all participating organisations have set out their intentions to collect and monitor data over the long term while using it to identify areas of priority for intervention, as well as subsequently measuring the impact of these interventions.

These firms will be taking part in a recruitment drive over the summer aimed at matching young black men with vacancies within the construction and infrastructure sector.

In March, Sadiq Khan, the London mayor, outlined a package of measures worth £544m to help the capital’s recovery from the coronavirus pandemic. The construction and infrastructure sector is seen as key to creating jobs for young people and those from BAME backgrounds in particular.