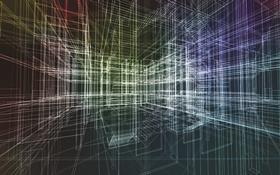 The government will plough £15m into the development of BIM level three over the next five years - more than it has invested in BIM level two, Building can reveal.

A source close to the government said the Conservatives have backed their commitment to BIM level three - outlined in last week’s Budget - with £15m of funding.

The source said: “BIM will get £15m over the next five years - that’s more than for BIM level two.”

The Cabinet Office’s BIM Task Group, led by Mark Bew and charged with rolling out BIM adoption across the public sector, is likely to be relaunched to align more closely with the government’s wider digital policies, including smart cities and infrastructure, the source added.

“It will probably be reformed. I suspect there will be some kind of new grouping,” the source said.

In policy documents published as part of the Budget last week, the government committed to BIM level three.

The Budget document says: “The government will develop the next digital standard for the construction sector - building information modelling 3 - to save owners of built assets billions of pounds a year in unnecessary costs, and maintain the UK’s global leadership in digital construction.”

The government launched a mandate for all centrally-procured projects to be delivered using BIM level two four years ago, kickstarting a digital revolution in construction, but there had been concern it would drop its commitment to the policy after the BIM level two mandate comes into force next month on 4 April.

Chancellor George Osborne’s Budget included a number of funding commitments for smart buildings and infrastructure, including a pledge to make the UK a “global centre for excellence” in driverless cars.

Budget documents stated the government will look to conduct trials of driverless cars by 2017, and will consult this summer on sweeping away regulatory barriers to the technology.

The government will also establish a £15m ‘connected corridor’ from London to Dover to enable vehicles to
communicate wirelessly with infrastructure and potentially other vehicles.