Birthplace of the blues: The US housing crisis 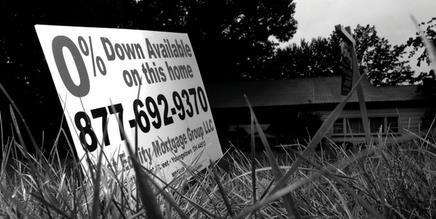 The rising level of mortgage default rates among the sub-prime category of borrowers is widely recognised as the trigger for today’s credit crunch, which has developed into the worst financial crisis in more than 70 years and threatens to drag the world into recession. So charting the progress of the housing downturn in the US, and the parallels with the UK, is an important step in understanding the prospects for economic recovery.

Boom and bust in the US and UK

There is remarkable similarity in the growth of house prices on each side of the Atlantic over the past 20 years. Figure 1 shows this trend, with prices indexed to January 2000. Both markets have experienced a long boom, with peak prices reaching 125% above 2000 levels in the US and 135% above in the UK. The acceleration of growth since the millennium has been driven by strong economic growth, speculators who expected prices to continue upwards and easy credit conditions. Mortgages were handed out even to those unable to prove their income and, as it turns out, to many with no possibility of being able to repay them.

The shine began to come off the US boom in 2005 as soaring prices and rising interest rates made homes unaffordable for many Americans. The speculation and easy credit that had driven prices so high reversed and the market promptly collapsed, leaving millions of homes, constructed at the height of the boom, unsold. The onset of the credit crunch and wholesale retrenchment of mortgage lending added to downward pressure on prices. These are continuing to fall, almost three years into the downturn.

In the UK, the market began to turn before the credit crunch’s unwelcome arrival in September 2007. House prices barely rose from April that year and the downturn intensified from March 2008 as the financial sector crisis moved into a new phase. Mortgage lending figures from the Bank of England show that just 32,000 new mortgages were approved this August, down from 106,000 one year ago.

Is the end in sight?

So much for the similarities between the drivers of the boom and bust in the US and the UK. These have brought us to where we are now, with falling house prices and a loss-making construction sector. But it is the fundamental differences between these two markets that will determine when the recovery is likely to come.

For house prices to recover in the US, two things need to happen. The mortgage market must restart and the stock of unsold homes must be cleared. In the UK, only the former is required

The principal difference surrounds the supply side of the market. As is seen in figure 1, the construction sectors in both countries faced almost identical price signals during the boom times. However, there has been a marked difference in terms of how this has been reflected in building levels. As shown in figure 2, the US construction industry was better able to respond to market conditions. Building rates rose from four homes per 1,000 people in 1991, to six homes in 2002 and then seven in 2005.

In the UK on the other hand, strict planning controls meant that building rates barely changed between 1990 and 2002. This is despite the fact that in 1990 the housing market was in freefall, and in 2002 prices rose by 21%. Housebuilding rates edged up after 2002, but the response was minimal in comparison to that seen in the US.

The result of the supply side differences is that the US has a far larger stock of unsold homes, both in absolute terms and relative to the population. The stock of unsold homes in the US, now numbering 4.7 million units, is a severe drag on any recovery. Even if there were no new completions, it would take 11 months to clear this stock at the current rate of sales. There is less accurate data available for the unsold stock in the UK, but estimates put it at about 700,000.

For house prices to recover in the US, two things need to happen. The mortgage market must restart and the stock of unsold homes must be cleared. In the UK, only the former is required, offering the potential for a sharper recovery.

Recent actions by policymakers in providing equity capital to banks and guaranteeing inter-bank lending will sow the seeds of a recovery in the mortgage markets. However, this recovery will be very cautious; we may not see a return to 2005/6 lending levels for many years, but the market should be functioning effectively by the end of 2009.

Consequently, the UK housing market should have turned the corner by the end of 2009, offering renewed hope for the construction sector. In the US, prices may stop falling by then, but are likely to stagnate for another year due to the supply overhang. There is little doubt that on both sides of the Atlantic, times will be tough for all sectors linked to the housing market for at least another year.