Vistry, the housebuilder formerly known as Bovis, said it expects to generate savings of around £35m a year once its £1.1bn merger with Galliford Try’s housing operations is fully bedded in.

Announcing its results for the year to 31 December 2019 today, the group said of the £35m annual savings, at least £20m a year is expected to come from streamlining the group’s regional and operational models. 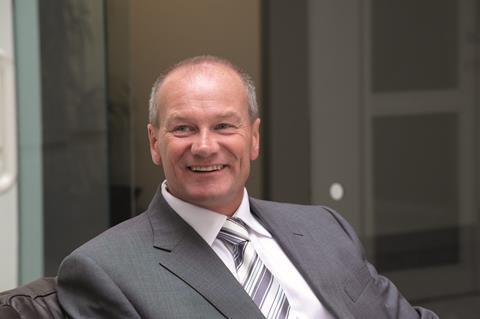 It has already reduced the number of its regional business units from 17 to 13.

The group, led by chief executive Greg Fitzgerald (pictured), also expected to cut around 8% of its headcount across the business, including its central services operation.

The firm said the tie-up would create a top-five housebuilder capable of delivering 12,000 homes a year.

It expects to grow its housebuilding operation’s delivery of new homes to more than 8,000 homes a year and increase the partnerships arm to 6,000 units annually.

The firm announced it had signed a £63m deal with Newham council’s newly-formed development arm, Red Door Ventures, to build 182 homes in Plaistow, east London, and an agreement with housing association Citizen Housing Group to build 360 homes worth £95m on the site of a former hospital in Kidderminster, Worcestershire.