Boxpark given OK for debut scheme outside London

The first Boxpark outside of London is set to open on the Sussex coast after plans for a café and restaurant were recently given planning.

Drawn up by Brighton firm Chalk Architecture, the scheme will see a rundown toilet block at Shoreham-by-Sea turned into a split-level café and restaurant.

Despite a significant number of objections, plans were OK’d last week by Adur district council which signed a development agreement with Boxpark in 2017.

COST MODEL: The evolution of retail

Called the Shoreham Beachbox, it will include an outdoor seating area and roof terrace while the public toilets will be revamped. 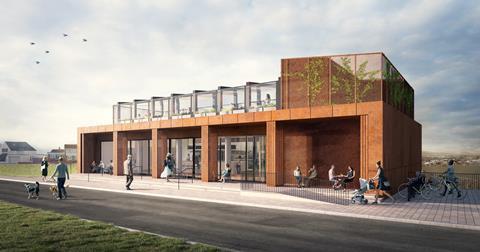 The scheme will have an outdoor seating area