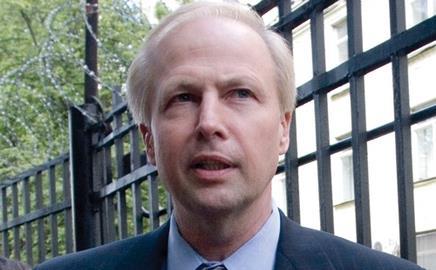 Keller has shelved plans to move into Russia until a row between oil company BP and its Russian joint venture partner is resolved.

The ground engineering specialist is believed to be one of a number of UK companies waiting for an outcome to the dispute before deciding whether to enter the country.

The row between BP and Russian members of its TNK-BP joint venture flared up in April after BP claimed its partner was trying unfairly to gain control of the company. As a result Robert Dudley (pictured), the joint venture’s chief executive, is running the group from a secret location outside the country.

Other companies believed to have put Russian plans on hold as a result of the row include Atkins and WSP. Chris Cole, chief executive of WSP, this week said he was “proceeding with caution” in Moscow and St Petersburg.

As a result of the global drive, more than 60% of its profit comes from outside the US compared with 30% three years ago.

Atkinson said UK markets were resilient except for residential. He said turnover from that sector was likely to fall from 30% to less than 15%.

Keller said full-year results would be “broadly in line” with last year. The forecast for the full-year is a pre-tax profit of £100m on turnover of £1bn.

Where Keller made its money