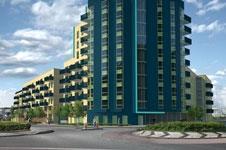 The trust examined the display energy certificate (DEC) statistics of over 28,000 public sector buildings. A DEC is a record of the building's metered energy usage and associated carbon emissions over a 12-month period, and compares these against established benchmarks to give a rating from A (best) to G (poorest).

The BRE study found that up to 9% of DEC data is unreliable as a guide to the energy and carbon performance of buildings because default ratings are being used. This is most common for job centres (17%) and academies (23%). A further 2% of DECs were found to have values which are questionable in some way.

Jon Mussett, principal sustainability consultant at BRE said: “Energy used in public buildings accounts for 4% of the UK's carbon emissions. Design standards are improving, but we need to demonstrate that this is resulting in improved building performance.

“This study found that the DEC ratings for some schools recently refurbished to higher energy efficiency standards under Building Schools for the Future and the Primary Capital Programme appeared to be no better than average. If expected savings are not being made, we need to learn the reasons why.”

He added: “Thousands of buildings are now producing DECs for the second year - the government should seize this opportunity to detect and measure trends in carbon emissions in different parts of the public estate to help inform future policy.”

A full report on the finding of the research will be published in the New Year.