Focus on planning for the UK’s exit from the EU is increasing the chance that projects will be late or over budget, according to the Institute for Government 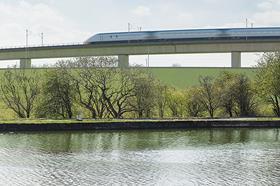 The uncertainties of Brexit are causing serious disruptions across government and have distracted from day-to-day business including the delivery of major projects, including HS2, according to the Institute for Government.

In its sixth annual Whitehall Monitor report, the institute said the ongoing lack of clarity about Brexit was putting major projects at risk.

It said there was a growing chance that the 133 major projects unrelated to Brexit currently on the government’s books would not be delivered on time and on budget, due to government’s focus on trying to prepare for the UK’s divorce from the EU.

The institute said: “There are more than 300 Brexit workstreams as departments prepare for multiple scenarios to tight deadlines.

“The Department for Business, Energy and Industrial Strategy alone is responsible for 69 – the most of any department – while the Department for Environment, Food and Rural Affairs has the second-highest number, at 55.”

In 2013, when the survey first began, almost half of the major projects had one of these two ratings.