Brickmakers to raise prices by up to 15% next year 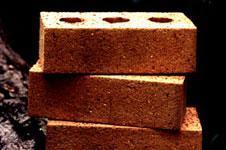 Decision by Ibstock, Hanson and Wienerberger to pass on costs is fresh blow to housebuilders

The beleaguered housing sector took another blow this week as the UK’s three largest brickmakers decided to raise prices by up to 15% next year.

It is understood that Ibstock Brick, Hanson and Wienerberger are all planning shock increases, which are roughly double the percentage rises introduced last year. This is despite a recent reduction in fuel prices and a fall in demand owing to the sharp drop in housing starts, which has led all three companies to close factories in recent months.

Hanson is currently writing to customers detailing a rise of about 12% for bricks and other products, including aggregates, asphalt and cement. Ibstock is advising customers that there will be a rise of 14%, although its website says it may increase prices 15-20%.

Wienerberger refused to comment on any price hikes, although industry sources said it is expected to increase prices by a similar amount to its rivals.

The exact prices will depend on the type of brick and the delivery distance. However, as an indication, rises of this magnitude would increase the price of 1,000 bricks by about £45, from £300 to £345. This could add £675 to the cost of building a home that uses 15,000 bricks.

Ibstock and Hanson denied they had spoken to rivals before deciding on the rise, which they attributed to increases in their fixed costs over the past year.

A Hanson spokesperson said: “We’ve been affected by energy prices and delivery costs. We’ve absorbed a huge amount, but our costs have risen dramatically.”

However, it is a blow to the housing sector, and will more than cancel out the reduction in the VAT charged on building products from 17.5% to 15%, announced by chancellor Alistair Darling in his pre-Budget report.

A spokesperson for the Home Builders Federation said: “Housebuilders will have to negotiate with brick makers. We understand they need to pass on costs, but it’s a matter of making sure there aren’t too many onerous pressures on housebuilders.”