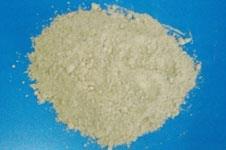 British engineers have created a new kind of cement which can absorb greenhouse gases, the Guardian has reported.

Cement manufacture accounts for 5% of the world's CO2 emissions, which is higher than aviation. Two billion tonnes are produced each year, and the figure is predicted to rise sharply in the future. The process of making the cement requires a large amount of heat to cook the raw material, which then releases further greenhouse gases as it burns.

The new cement, designed by Novacem, is based on magnesium silicates. It requires less heat in the manufacturing process than standard cement, and will also absorb CO2 as it hardens. This makes the product carbon-negative overall, as it absorbs 0.6 tonnes of CO2 for tonne of cement, compared to standard cement which emits about 0.4 tonnes of CO2.

The development has been welcomed by environmental groups and has attracted interest from construction firms WSP Group and Laing O'Rourke. However, a spokesperson for the British Cement Association has cast doubt on the impact that the material is likely to have: 'The reality is that the geological availability, and global distribution, of suitable natural resources, coupled with the extensive validation needed to confirm fitness-for-purpose, make it highly unlikely that these cements will a be realistic alternative for volume building.'

Novacem's cement is awaiting a patent.