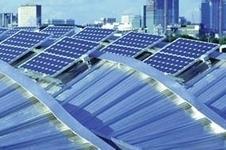 Two million pounds will be up for grabs for energy and infrastructure consultants as part of the next slice of British Gas’ influential Green Streets scheme.

Green Streets Two will encourage community groups to bid for the funding to spend on ideas to increase energy efficiency or generate renewable power in their area.

Schemes awarded seed funding will then compete to win an overall prize which may be awarded for finding the most fossil fuel efficiencies.

The company source, a project manager on the scheme, said that 14 projects would win funding. She added that the firm hoped to the scheme would inspire local activists as happened with the Osney Sustainable Island Group, Energise Hastings and Transition Towns local initiatives.

A timeline on the British Gas website confirms that the application process for Green Streets Two will begin later this month. Winning communities will get additional funding to support project management and technology expertise.

Earlier this month, residents of Green Lane in Cookridge, north-west Leeds, won a prize of £50,000 for cutting their energy use by 35% in the first Green Streets scheme.

The competition saw eight families in eight streets with “Green” in the address compete for grants to save the most power over the year. Each street was given a budget of £30,000 to spend on efficiency measures. On average, the 64 householders saved 25% of power with an 11-year pay-back.

The Department of Energy and Climate Change (DECC) cited Green Streets as an inspiration for its £350m Community Energy Saving Programme (CESP), currently in consultation, which “will target households, across Great Britain, in given geographical areas to improve energy efficiency standards, and permanently reduce fuel bills.”

The source said that she thought the government was wrong to go with a street-by-street approach because community activists promised to be more effective.

A spokesman for British Gas said it was too early to confirm numbers.