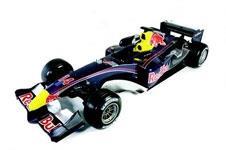 The proposed redevelopment of Donnington Park to become a venue for the Formula 1 British Grand Prix has been comprehensively slammed by Cabe.

The government design watchdog labelled the plans “disappointingly weak,” and said the scheme reflects a “poor understanding of the site and the opportunities it offers.”

German motor-racing design specialists Tilke have drawn up the plans for the Derby-based circuit, but Cabe has emphatically failed to support the new scheme.

In its design review, Cabe criticised the scope of the masterplan, the landscape strategy, and the absence of a consistent design idea running through the site.

It said: “The design principles governing the approach to landscape and built form in this project are disappointingly weak and have resulted in a proposal which falls far short of what the local authority and the nation should be aspiring to in a modern Formula 1 venue.”

Tilke has been responsible for motor-racing track and venue design work in Germany, China, Bahrain and Spain.

Last year, F1 supremo Bernie Ecclestone awarded Donnington a 10-year contract to host the British Grand Prix from 2010. Silverstone, which has regularly hosted the race since 1950, was shunned by Ecclestone following a dispute with its owners over improvements to the track.