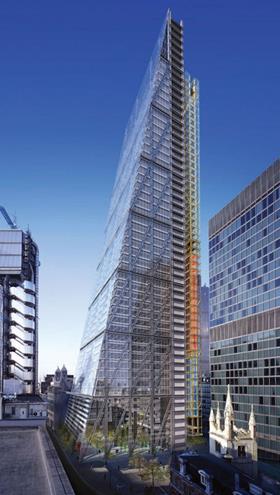 British Land has upped its development pipeline to £1.4bn, despite a more “challenging” financial year in which pre-tax profit dropped 42%.

The developer increased its development pipeline from £1.2bn, with the addition of 439,000 sq ft of retail, office and residential developments.

But the firm said demand from occupiers – particularly in retail – was hit by the Eurozone crisis last year, as pre-tax profit fell from £830m to £479m for the year ended 31 March 2012.

Nonetheless the developer sees “further opportunities” to expand its pipeline due to “the ongoing shortage of quality space in both offices and retail”.

The developer said: “We intend to increase the pace of recycling and to re-invest in higher growth opportunities including development.”

British Land also managed to squeeze extra value from contractors, with 80% of construction costs lower that the firm’s original expectations.

The firm expects London to continue to outperform the UK, but is cautious about the overall economic outlook.

British Land said: “We do remain cautious about the overall economic environment which remains difficult; we expect it to remain so with the UK economy growing slowly at best and the Eurozone crisis unlikely to resolve quickly.”

On occupier demand, the firm said: “After two positive years as property values recovered from the sharp falls during the credit crisis and prime office rents in London rose significantly, the last year has been much more challenging.”

The developer is now committed to 2.3 million sq ft of office developments and 1 million sq ft of retail schemes. It also highlighted increased investment in the West End relative to the City in London.

British Land said: “Since March 2009, the West End has grown from 10% of our portfolio to nearly 17% on completion of committed developments. […] reflecting our belief that returns in the West End will be higher and less cyclical over the medium term than the City.”

Chris Grigg, chief executive of British Land, said: “These are good results, and that’s in a tougher environment. We outperformed the broader UK commercial property market on almost all key measures and our balance sheet is strong.

“I am particularly pleased by our high level of leasing activity and development progress over the period.

“Our results also show we are defensively positioned in today’s more challenging markets, but also well placed to continue to outperform in the future, as a result of the decisions we have taken.”