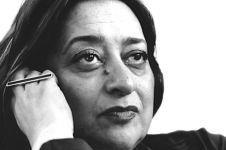 British architects including David Chipperfield, Foreign Office Architects and Zaha Hadid have missed out on being shortlisted for the prestigious Mies van der Rohe Award 2009.

The biannual EU Prize for Contemporary Architecture, named after the iconic modernist architect Mies van der Rohe, carries a cash prize of €60,000 and is considered one of the most prestigious prizes in architecture.

However, even though 23 British architects were nominated for a total of 37 buildings - including five of Chipperfield's - none made it onto today's shortlist of five.

Zaha Hadid was the last British architect to win the prize, for her car park and terminus at Hoenheim North in 2003. Other winners include Foster + Partners, for Stansted airport (1990), and Grimshaw for Waterloo station (1994).