Budget for nuclear clean-up to be cut 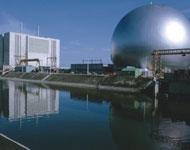 The government is gearing up to cut the budget for Britain’s nuclear clean-up programme, which costs around £1bn a year.

The Treasury has launched a review of spending by the Nuclear Decommissioning Authority, which is responsible for dealing with 19 contaminated sites in the UK, according to a report in The Times.

The news comes two weeks after Building revealed possible delays to a £110m project to build an encapsulation plant at Sellafield in Cumbria due to financial constraints at the decommissioning quango.

An NDA spokesman told The Times it was in talks with the Treasury and the Department for Energy and Climate Change about options to cut costs.

Scenarios being considered include accelerating some pieces of work and scrapping and deferring others. A shortlist of options is expected in February.