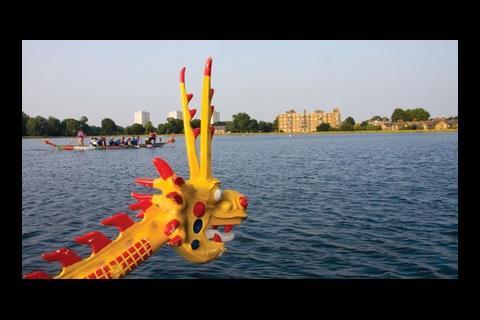 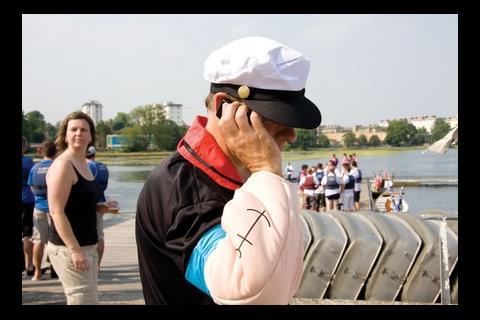 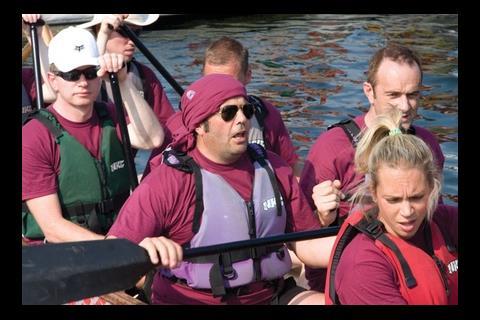 Popeyes, pirates and sundry other nautical coves took to the water to race in the industry’s annual dragon boat challenge. Eloise Sweeney watched the action

The weather gods smiled on Stoke Newington last week as competitors in the Dragon Boat Challenge enjoyed a day of rowing and socialising on one of the hottest days of the year.

The day’s other winners were Redsky IT, which raised the most money for charity, and Aecom, which won the cup for best mixed team.

The event has become as much a show of creativity as of strength. Among this year’s crop of imaginative team names were Bunch of Oars, Crash Bam Wallop and Skanska Aquaholics.

The T-shirt calling on team members to unleash their inner pirate was taken literally by Andrews & Dickens, who took to the water as The Jolly Rogerers. In seventh place, they did better than Building’s blackbeards in 28th (i.e. last).

Kiley Riley Parkeray unleashed their inner Popeye, but as they finished 21st it seems that they may have forgotten to eat their spinach …

So far the event has raised at least £9,600 for Crash, the construction and property charity that raises money for the homeless.

Original print headline - One hell of a row

Scores on the oars