Cabe given veto over all new school designs 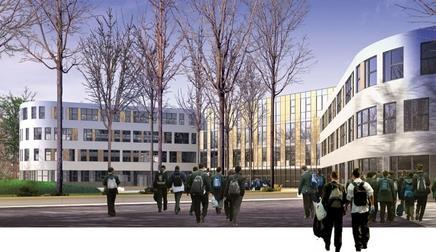 Cabe is to be given the power to stop badly designed schools from starting construction, the government announced this week

This is the opening move in a strategy that will eventually impose minimum design standards on all publicly funded buildings.

The government said it would detail how and when these standards would be implemented during the summer, but Partnerships for Schools, the body in charge of delivering the £45bn Building Schools for the Future (BSF) programme, will be the first to make them mandatory.

Under the proposals, Cabe’s schools design panel will continue to assess the designs of sample BSF schools, but only those graded “very good” or “pass” will go on site. Designs rated “poor” or “unsatisfactory” after three reviews will be stopped, and the design review panel will then be able to request specific scheme designs.

In addition, project architects will present their plans to an expanded Cabe panel, including head teachers, and random checks will be carried out on non-sample schools.

Michael Silvey, associate director of Interserve, which is working on the Leeds BSF programme, warned that the move might dissuade consortiums from hiring young or unheralded architects. He said: “It might make us play safe and go for an architect who will hit the right Cabe levels, rather than invest in experimental architecture.”

The news came in a joint announcement by the culture department and the communities department, which said the government would set similar design standards for every public building.

However, there was little information about how such standards would be policed. Andy Burnham, the culture minister, said: “We have to find a way of embedding standards from the chief executive level of councils right down the supply chain.”