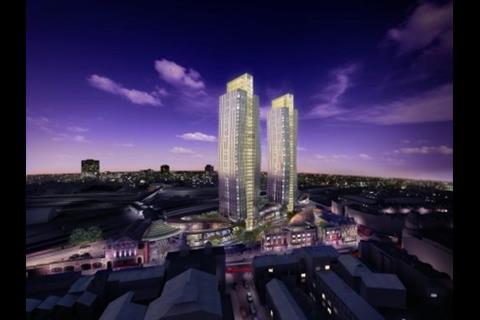 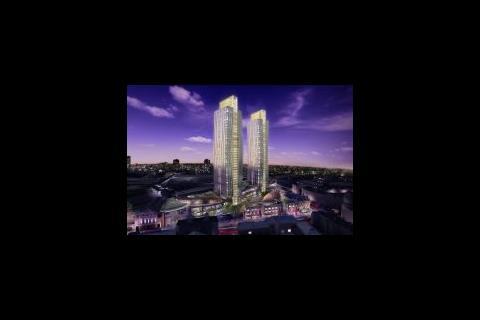 Cabe has withheld its support from Land Securities' and Delancey’s redevelopment of Clapham Junction, designed by architects ColladoCollins.

The government’s design watchdog said the scheme, which proposes building two 42-storey towers above the London transport hub, “does not yet provide a convincing proposition”.

In a report revealed this week, Cabe said the towers were “inadequately resolved”, and that their design “translates poorly as an architectural concept”.

An island block and podium on the site came in for further criticism, with Cabe voicing its concerns at the “lack of restraint employed on the number of materials and architectural devices used”.

However, Cabe praised the scheme for its “clear and integrated approach to sustainability”, welcomed the improvements to the train station, and applauded the “clarity and comprehensiveness of the planning application material.”

Scheme client Metro Shopping Fund responded to the Cabe report as follows: “We welcome Cabe's acknowledgment that our redevelopment plans could be a catalyst for the wider regeneration of the Clapham Junction area and that the station is an appropriate location for tall buildings. The report also recognises that the proposals will provide 'significant and welcome improvements' to the station and that the development achieves 'ambitious targets' for sustainability.

“The report does raise a number of detailed design issues which we will consider.”

The planning application to redevelop the Clapham Junction area was submitted in September.