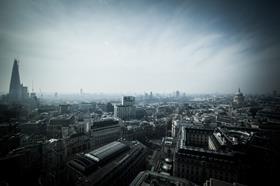 London is “sick”, but building low cost housing in its city centre could go some way to curing it, RIBA Gold Medallist 2014 Joseph Rykwert has told the Ecobuild conference.

Rykwert - an 87-year-old architectural historian who became only the fourth writer to be awarded the RIBA Gold Medal in the architecture prize’s 65-year history last week - called for a “revival” of affordable housing in central London.

Rykwert likened cities to a “working human body” and admited “all bodies have their pathologies” and “all cities are sick, Chinese ones especially”, but said Britain’s were “pretty sick”.

One common city ailment was the “over-supply of offices and luxury housing” at the expense of other uses including low cost housing, he said.

Turning to Britain’s housing crisis, he said: “It takes a particular kind of social blindness to think it can be rectified by suburban housing on green belt land for mortgage buyers.”

He lambasted London and other cities for becoming more “individualistic” and for selling off public buildings and public spaces, in his talk on the balance between private wealth and public realm in cities.

He said Margaret Thatcher’s government had “deliberately weakened social bonds” in Britain and her legacy “lived on” in the country’s architecture, particularly in the towers of central London.

“These towers are completely individually exotic and are given derogatory nicknames such as the Gherkin.

“They are insulated from the context of the city and so give a visual expression to Thatcher’s ideology.”

He added: “A notable example was the dismantling of Greater London Council and the sale of London County Hall on the South Bank.

“The building is now given over to tourism and commercial uses and a Ferris wheel [the London Eye] looms over it.

“We are snubbed when a tourist attraction belittles our democratic institutions.”