Cameron announces plans for 49 new free schools across the country. 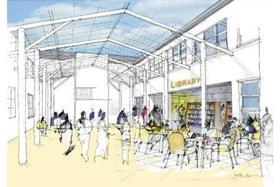 David Cameron has announced plans to open 49 new free schools across the country as part of a plan which would see 500 new schools open in the next five years.

The prime minister made the announcement which brings the number of free school places created since 2010 up to 230,000. The lack of school places is expected to be a hot topic in the run-up to the election. The National Audit Office expects an increase of up to 1 million school pupils across the country over the next 10 years.

London is expected to need about 133,000 new school places by 2018, a third of the figure for the next four years.

Education Secretary Nicky Morgan said: “With the total number of approved free schools now rising to more than 400, the demand from parents, charities and education experts to set up the schools has proven the programme to be one of the most important modern drivers of social mobility.

“Today’s announcement sends a clear sign that children for generations to come will be able to benefit from a place in a free school. With already more than two-thirds being rated ‘good’ or ‘outstanding’, today’s news will reassure parents that standards will continue to rise.”

According to the Department for Education successful applicants will be for the first time be able to use capital funding to create nursery places for two-, three- and four-year-olds, where the government’s offer of 15 hours per week of free childcare can be provided.