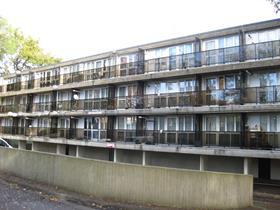 David Cameron has announced a plan to replace some of the country’s most run-down housing estates with attractive and safe homes.

The government is to work with 100 sink estates to either radically transform them or in the worst cases knock them down and replace them.

The strategy is to be supported by a new £140m fund to jump start regeneration projects and an Estate Regeneration Advisory Panel, chaired by Lord Heseltine, which will report in detail by this year’s Autumn Statement.

The announcement comes ahead of a report from Savills commissioned by the Cabinet Office which shows that housing and estate regeneration could help catalyse the building of hundreds of thousands of new homes in London alone.

Cameron said: “For decades, sink estates – and frankly, sometimes the people who lived in them – had been seen as something simply to be managed. It’s time to be more ambitious at every level.

“The mission here is nothing short of social turnaround, and with massive estate regeneration, tenants protected, and land unlocked for new housing all over Britain, I believe we can tear down anything that stands in our way.”

Secretary of State Greg Clark said: “We know the worst estates offer huge potential to be revived so that they become thriving communities and places which people want to live and work in.

That’s why we’re so determined to kick-start work which will benefit the lives of thousands of people by providing high quality homes.”

Yolande Barnes, Savills’ research director, said housing estates could deliver more homes and be made into better neighbourhoods by “re-integrating them into the wider street network and creating or repairing the streetscape”.

“The signs are that new developments of ‘complete streets’ cost less to build than conventional estate renewal,” she said.