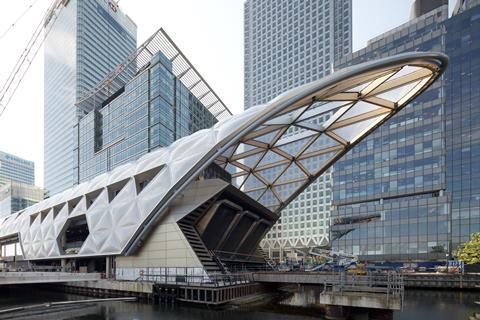 Structural work finished on the new Foster + Partners-designed Canary Wharf Crossrail station following the completion of the roof this week.

The roof will sit above a new roof garden and a four-storey, 115,000 sq ft retail and leisure scheme, which has been built by Canary Wharf Group.

The roof garden and first phase of the retail and leisure space will open in May 2015, three years before trains run through the station.

Work began on the new station in May 2009 by creating a watertight dam in the waters of North Dock, using ‘silent’ piling.

The station box was then built top down, 28 m below the water surface to create the ticket hall and platform levels. The station also boasts eight 40m long escalators and four lifts. 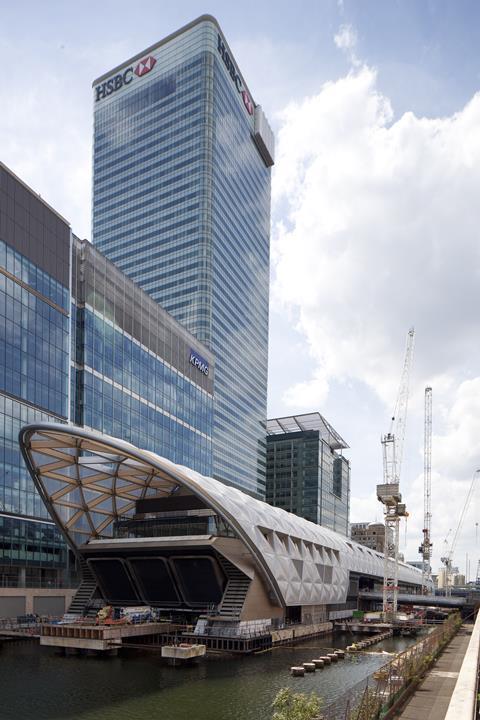 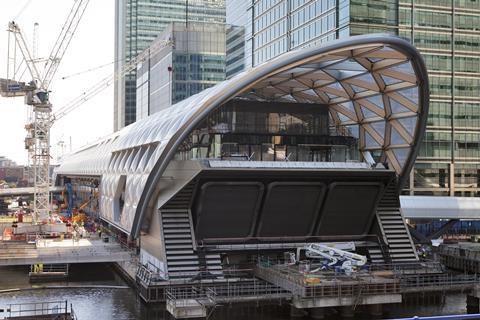