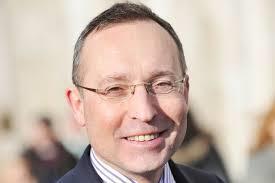 Labour’s Andy Slaughter, the MP for Hammersmith and a former shadow housing minister, is a long-standing critic of the plan to turn the former Earls Court exhibition venue into new homes.

Slaughter (pictured) told a House of Commons debate on social housing the developer’s admission earlier this month that it was in discussions with the Mayor of London’s police department for the potential purchase of the Met’s counter terrorism HQ in Earl’s Court was “the clearest sign yet the masterplan was in trouble”.

He accused the developer of “throwing in the towel” on the Empress State building which had been expected to be turned into 400 new homes and retail space once the Met moved out when its lease expires next year.

Yesterday the firm said the value of the scheme has dropped by £100m as the capital’s property market runs out of steam.

Speaking 24 hours before Capco put out its 2017 results, Slaughter said the scheme had “fallen prey to changing political and market forces”.

Housing minister Dominic Raab said: “Local regeneration can offer enormous scope to build more homes and at the same time build up our local communities, which, whatever side of the political argument we sit on, is the shared objective.”

Last month, Hammersmith & Fulham council rejected Capco’s request for a new masterplan for the west London site which would see it increase the number of homes by 2,500 to 10,000.

In its results, Capco, which completed tearing down the remaining exhibition halls at the site last month, said: “The political environment has made discussions on enhancing the masterplan more difficult, however Capco will continue to seek to engage positively with the GLA, our partners at Transport for London and other stakeholders to evolve the masterplan over time.”