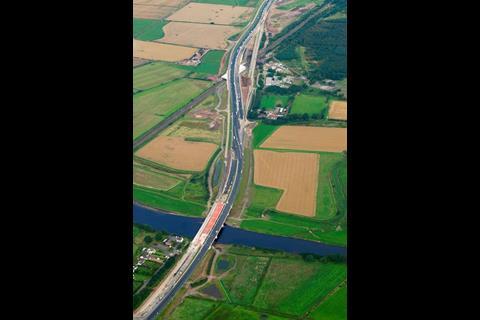 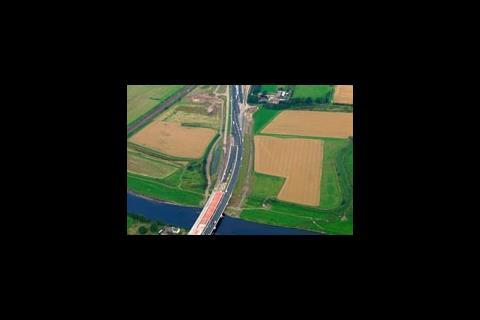 Capita Symonds has provided design and construction supervision services on the new M6 extension from Carlisle to Guards Mill.

Contractor Carillion Roads appointed the consultant’s Carlisle office on the Highways Agency scheme which included the upgrading and widening of 9km of dual two-lane dual carriageway to three-lane motorway standard, the construction of a major new river bridge over the West Coast Main Line railway, and the addition of a new all-purpose road for non-motorway traffic including cyclists, pedestrians, farm vehicles and local bus services.

Capita Symonds’ work, which was carried out in conjunction with design partners Grontmij and Cresswell, included orders preparation, environmental statement preparation, public inquiry evidence, all aspects of the highway design including complex geotechnical engineering, CDM coordination and supervision of construction.

The project faced a number of major challenges including geotechnical issues due to boggy ground, constructing the new river bridge adjacent to the live motorway, the use of a launching arrangement to put the bridge into place, ensuring that traffic could still use this vital north/south link road while work was being carried out, and minimising the effect of the West Coast Main Line railway.

The firm also faced a number of ecological challenges including the relocation of various reptiles nesting nearby as well as the need to avoid incursions into adjacent AONB, SSSI, eSAC, Special Protected Area and International RAMSAR wetland.

The motorway has officially opened, providing a link from Glasgow to England’s south coast for the first time.