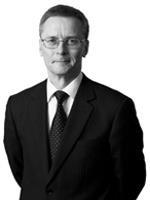 He will chair the housebuilder’s audit committee and become a member of its remuneration committee.

In September, Adam left his non-executive director role at logistics firm Wincanton, which is chaired by Balfour Beatty’s executive chairman Steve Marshall. Both men had been involved in the failed merger talks between Balfour and Carillion last summer.

His role at Countryside began on 1 April.

David Howell, chairman of Countryside, said: “Richard’s extensive business experience and independent but related perspective from outside the housebuilding industry will add a new dimension to our board, and I am sure his appointment will prove invaluable as we continue to implement our growth plan.”