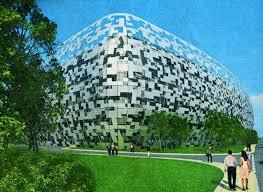 Carillion has won a £430m contract to deliver the new Midland Metropolitan Hospital in Birmingham.

Carillion was left as the sole bidder for the PF2 hospital after the other shortlisted consortium, Laing O’Rourke-Interserve, dropped out of the bidding race in April.

Under the PF2 model, Carillion will deliver the hospital for Sandwell and West Birmingham Hospitals NHS Trust under a 30-year concession contract.

The hospital will have approximately 670 beds and 15 operating theatre suites. Carillion expects to invest some £16m of equity in the project, which will be built by Carillion at a capital cost of £297m.  Hard facilities management and life-cycle maintenance services will also be delivered by Carillion and these services are expected to generate approximately £140m of revenue over the life of the concession contract.

Financial close is expected around the end of 2015, with construction starting early in 2016. Completion is scheduled for mid-2018, with the hospital opening later that year.

Carillion chief executive, Richard Howson, said: “We are delighted to have been selected as the preferred bidder for this important new hospital.  Carillion has delivered over 60 Public Private Partnership projects, including more than 20 healthcare projects, and this latest success reinforces our position as a leader in the PPP market.