Firm will manage 1,500 buildings on first phase of route

Property consultant Carter Jonas has been appointed to manage more than 1,500 buildings on the route of the first phase of HS2 between London and Birmingham.

The firm will look after hundreds of properties on behalf of the railway over a five year period which includes residential and rural properties as well as other buildings such as light industrial units. 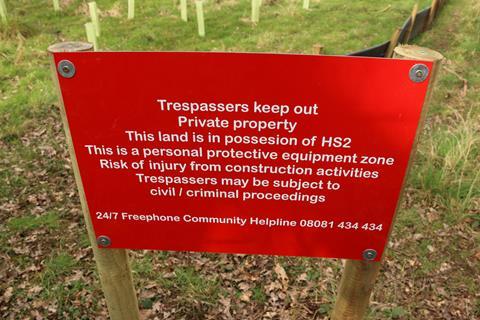 HS2 has bought up swathes of land, and buildings, needed for the route of the railway

HS2 said part of Carter Jonas’s deal will include letting out homes not needed to be bulldozed to make way for the railway, while other homes near the line left vacant by previous owners, who have decided to leave and be paid out through one of the railway’s compensation schemes, will also be rented out.

Homeowners living near the site and who decide to pack up can sell up under HS2’s Need to Sell scheme while those living in rural areas can also sell up provided they are living within a certain distance of the line.

The railway’s head of property management Chris Hodson said: “We are determined to deliver value for money for taxpayers during construction. If the properties we buy through our many compensation schemes aren’t immediately required for construction, we aim to rent them out. This helps offset costs and avoids having empty homes in our communities. Carter Jonas has a strong track record of managing varied and complex property portfolios like this.”

Meanwhile, the Mace/Dragados team which last week won the £570m scheme to build a new station at Curzon Street was yesterday formally appointed to the job.