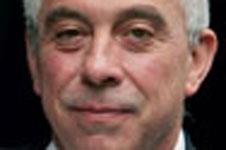 The value of its deal will be about £25m with design work on the job having already started. The Darlington contractor, which in 2007 posted a turnover of £26m, will start on site at the end of the year.

One source said: “There will be a lot of brackets work rather than fabrication. It's repairing and upgrading the viaduct.”

The main £85m contract has been won by Costain after it pipped Interserve to the Highways Agency job. The viaduct carries the M53 over the A554 roundabout and the Birkenhead to New Brighton railway on the Wirral.