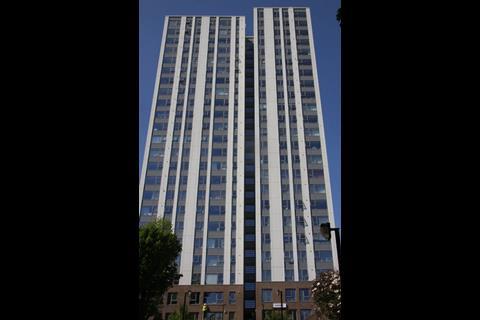 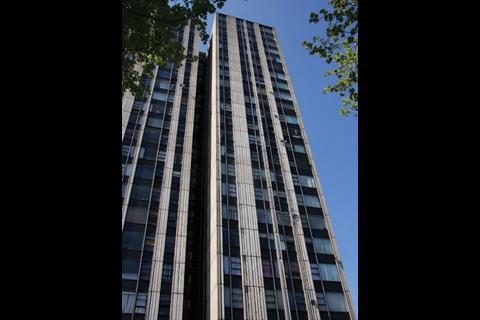 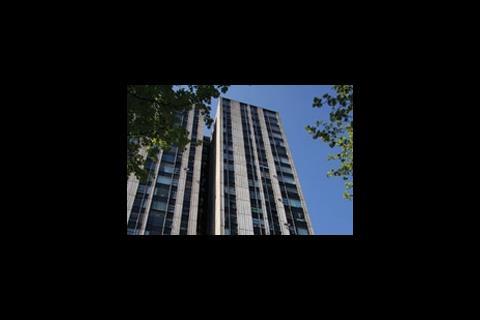 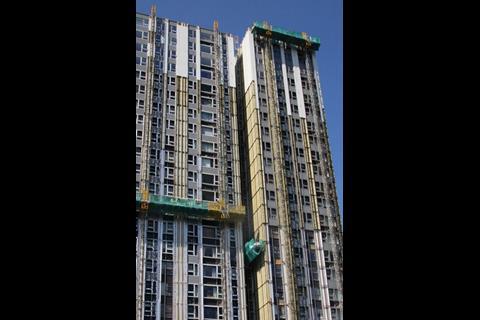 The refurbishment of a sixties north London estate could serve as a template as attention turns to cutting CO2 emissions from existing housing. Stephen Kennett reports

It might not have the glamour of a BedZed or the latest Code for Sustainable Homes design. There are no green roofs, photovoltaic panels or wind turbines.

But what’s happening on a 1960s housing estate in north London could be just as important when it comes to slashing carbon dioxide emissions from UK homes.

Tony Thompson, technical design adviser at HTA Architecture, describes the £150m refurbishment of the five tower blocks at the Chalcot estate near Swiss Cottage as a “real world project”. “When it comes to cutting CO2 emissions you can forget about new housing; the real problem is existing building stock,” he says.

Refurbishment is increasingly seen as the sustainable option when tackling social housing, and in the process of overhauling the Chalcot estate’s 717 flats, the London Borough of Camden is aiming to deliver a 30% cut in CO2 emissions.

The bulk of the flats on the estate are housed in four identical 23-storey towers and a smaller 19-storey block. Knocking these down and replacing them with low-rise housing wasn’t an option. The mathematics wouldn’t stack up, says Thompson. The density on the site is immense and on such a tight inner city location it wouldn’t have been feasible. Added to this, some quick calculations showed that demolishing just one block would create more than 7,000 tonnes of waste and rebuilding it with a similar tower would involve more than 7,500 tonnes of CO2 embodied in the construction materials.

Although the flats were in a poor condition internally, they were structurally sound.

And on the plus side, they were built to the Parker Morris standards, meaning they were generously proportioned. The central location, with Primrose Hill and Hampstead on the doorstep, was also a benefit. “These properties are certainly not hard to let,” says Thompson.

CO2 reduction was part of the initial strategy, says Sean Lockie, director at Faithful + Gould, the project manager on the scheme. “The 30% figure came about once we had looked at all the options that were open to us in terms of the cladding technologies, as well as the heating, lighting and power loads.”

Camden’s brief was to bring the flats up to a minimum National Home Energy Rating of 8 – an NHER rating of 10 corresponds to the 2006 Building Regulations standards for a gas-heated home, which would deliver the 30% reduction figure.

Improving the performance of the building envelope was the key to hitting this target. Built using cast insitu concrete, the tower blocks had only 25mm of polystyrene applied internally on the walls for insulation. To bring the building envelope up to scratch required radical action. This has come in the form of overcladding, using an aluminium rainscreen system. This had a number of advantages, says Thompson. “Putting the insulation on the outside of the building means you don’t have any interstitial condensation.” It is also largely maintenance free.

Extruded aluminium support rails are fixed to the facade from ground level up to the parapet; the insulation is fixed between these followed by the cladding panels.

The biggest challenge was incorporating it sympathetically with the original design. The advantage of aluminium is that it can be bent, explains Thompson, making it easier to come up with the details for the building’s corners and window returns. “It gives continuity and solidity to the building,” says Thompson. Bright colours were forfeited for discretion. “Fashions change so we deliberately kept it subtle.”

Along with the new cladding, the envelope package included upgraded windows with double-glazed argon-filled units and mid-pane U values of 1.2W/m2K. The initial design was to install units that could be cleaned from the inside, but significant numbers of residents wanted to keep the large picture windows that were a feature of the building.

Pilkington’s Optifloat Clear Activ self-cleaning glass has been specified instead – at a cost premium – which allows the original window configuration to be pretty much retained.

On top of the envelope upgrade, the towers are also undergoing internal refurbishment. United House Solutions is rewiring the tenanted flats as well as installing new kitchens and bathrooms, together with flooring and decoration. All this is being done with the occupants in place. “The tenant consultation process started more than three years before work on site,” says Lockie. “It was done on a tenant-by-tenant basis, starting with the first tower.” In the first contract year, only four official complaints were received about the work.

On the heating front, HTA had hoped to install a central CHP system to raise energy efficiency. It had done this on a tower refurbishment in Greenwich, but Camden was less inclined. “Getting local authorities to do this can be a challenge,” says Thompson, especially if they have signed a deal to bulk buy energy from a utility.

According to Lockie, the main argument against CHP was the work involved to install the pipework to take hot water through the building to each flat. “We wanted to keep the disruption to tenants to a minimum,” he says. Instead, new individual SEDBUK Band A rated condensing boilers are being installed in each flat.

Blashford Tower, the first phase of the scheme, was completed at the end of last year and work on the others is at various stages. Final completion is due in early 2010. The average carbon savings per block are estimated to be 178 tonnes a year. Whether or not this is achieved will only be calculated when figures on the energy use are known. “I’m fairly confident that the figures will show an even greater saving,” says Lockie.

How the overcladding is fixed to the buildings

The overcladding system is designed on a rainscreen principle, where the majority of moisture striking the external face of the cladding will be thrown off. Any water that does penetrate the cladding will drain or be ventilated away by the air cavity behind the panels.

The cladding is mounted on an aluminium support system. As the blocks are made from profiled concrete a backing plate – which sits across the peaks of two adjacent profiles – is first anchored to the concrete. An adjustable bracket is attached to this onto which the sheeting rail is fixed. This is a T-shaped aluminium extrusion which is supplied to site in two storey heights to form a continuous rail from the base of the building up to the roof level.

Fire barriers are required at each floor level and around windows. These are supplied in 110mm-wide strips which are cut to length on site and fixed in place between the sheeting rails.

The 4mm-thick composite cladding panels are sized for each elevation and are supplied to the site cut to size and pre-drilled ready for riveting to the rails. Where these return to the window the back edge is riveted to an aluminium angle fixed to the window.

A 10mm joint is allowed between panels, which is finished with an aluminium jointing section that provides a weathering detail.