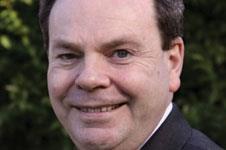 The government looks set to downgrade the long-promised appointment of a chief construction officer, and instead opt for a part-time construction adviser.

A source close to policy makers said the adviser would report to the Office of Government Commerce (OGC) instead of being independent. The move is leading insiders to speculate that the government will fail to find a candidate to fill the post before the next election.

A source said: “The position is being scaled back and scaled down. It’s been whittled down to a part-time job. It’s now far away from what was originally envisaged.”

Many of the changes are thought to be the result of a turf battle with the OGC.

The news comes as construction minister Ian Lucas said he was expecting to make an announcement “soon” on the position. He said: “I’ve met lots of construction groups in my first five or six weeks. It’s come through loud and clear they want this to happen; I’ve heard that very loudly.”

He denied there were “difficulties” with the OGC over the role.

The idea of a construction champion at senior level in the civil service was first proposed by parliament’s business and enterprise select committee as a way to co-ordinate construction policy across the government, in particular.

Stephen Ratcliffe, chief executive of the UK Contractors Group, said: “We had seen this as an important role, but we’re concerned at the reports coming out that this is going to be downgraded, and this calls into question whether it’s worth making the appointment.”

Something to say? Join the debate at www.building.co.uk/forum