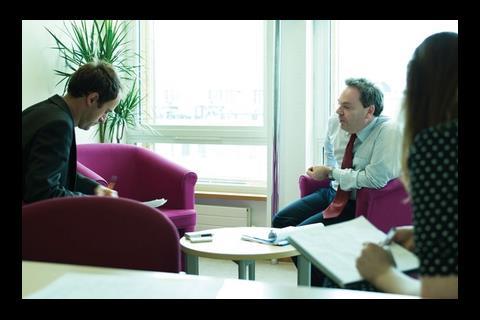 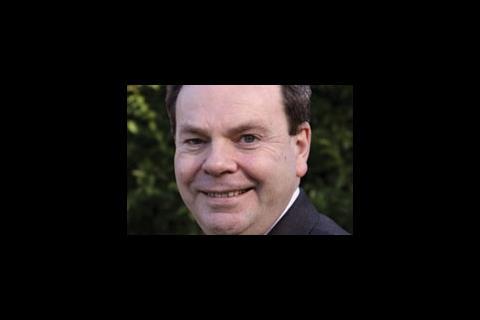 Construction’s new Whitehall minder, says he will monitor other government departments to make sure they spend their capital allocation

In his first major interview since being appointed to the post in June, Lucas said he would work with other departments to check that capital spending was going ahead as planned. He said: “We can monitor whether the spending is happening, and projects are being taken forward; we can look at how quickly the government is paying the bills.

“We’re keen to ensure that the spending in children, schools and families, in the health department and in the communities department, is getting out there.”

Lucas, who is in his first full ministerial role, said his priority was to support the construction sector with the £3bn brought forward by chancellor Alistair Darling in the pre-Budget report last autumn. He said: “I want to do all I can to support the sector. We’ve made the political decision to bring forward that spending and we want it spent – it creates work at a difficult time.”

These messages show that the minister is in no doubt as to what the industry wants from government. However, he gave few new details as to how the objectives will be met in practice.

In reality, he has little room to manoeuvre. Lucas, who is the ninth construction minister in the past eight years, has only a few months to try to make a difference before the general election. Although he has no background in construction, and claims no particular interest in it, according to a biography on his own website, he has experience of how the industry’s problems have affected his Wrexham constituency. This has suffered from cuts in production by JCB and Hanson in the past year.

But if he was vague on big new ideas and policy details, it was more an indication of the priority given by the government to the industry than any shortcoming on his part. As one of 10 ministers in Peter Mandelson’s sprawling business and innovation department, construction is just a tiny part of what Lucas has to think about.

In total, he has to look at nine sectors, from aerospace to retail.

And that is not all. His brief, also includes a slew of other responsibilities, including the Olympic legacy and electronic waste regulations.

Does this leave much time for construction? Rather than answer directly, Lucas said that in his first week in the job, he went to three construction events.

Do you know the amount of capital allocation made by the tories in the year 1996/97? Nil

Surely he would welcome, then, being able to dedicate his time exclusively to construction, as recommended recently by Rita Donaghy in her report to the Department for Work and Pensions on construction deaths? Again, he did not give much away. “We welcome the report and will respond in due course.”

Is the government a good client? “I think it is,” he said. “We have a good record on payments, and I don’t see businesses turning down government work – they’re saying we want more government business, not less.”

This is despite concerns within the industry over the difficulty of working with the government, and particularly its tortuous procurement processes. Lucas does admit that the government “could do better” on this count.

Even on the debacle over the Learning and Skills Council’s (LSC) £2.7bn college renewals programme, he refused to admit major government fault, and directed further questions to his colleague, Kevin Brennan, a minister in the schools department.

However, given that the programme’s collapse is the probably the most shocking mismanagement of a public construction programme for a generation, it seemed fair to ask his opinion. “There have been some difficulties,” he admitted. “But a lot of the investment has been made in recent years already. Do you know the amount of capital allocation made by the Conservatives in the year 1996/97? Nil. We’re continuing to invest.”

Contractors may blanch at the description of the LSC’s failure, which they say could cost up to 40,000 jobs, as “some difficulties,” but Lucas was at least aware that it was a problem. Lucas seems able and dedicated, but it is hard to think that, given the pressure of his other responsibilities and the time given to him, the industry can expect radical change.