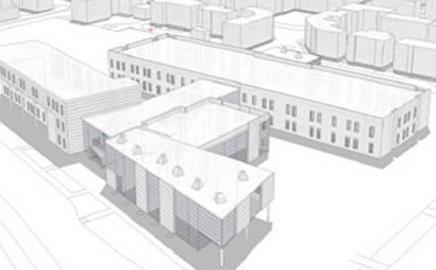 Working closely with residents, NomadE5 has introduced a range of successful measures to tackle antisocial behaviour at Cleadon Park, South Tyneside, which resulted in a national housing award. NomadE5, which is part of the Isos social housing group, won the Housing Corporation Gold Award partly for its work in tackling high levels of crime and disorder, which had blighted the area.

At the outset of the project, a Local Lettings Policy was drawn up using feedback from the community. Residents of the estate who had to move during the development work were given priority for new homes. They could express a preference about the type, size and location of their new home although generally larger homes were only given to bigger families. The lettings policy was intended to ensure a balance of ages and family types, to make sure homes like wheelchair adapted bungalows went to people who needed them most, people with records of serious anti social behaviour or criminal activity of persistent rent arrears would not be housed on the estate. The local lettings policy was originally designed by NomadE5, South Tyneside Council and local residents and involves South Tyneside Council nominating eligible residents to NomadE5 for re-housing. We believe the policy has guided partners through the redevelopment process and has acted as a key tool for successfully allocating all 94 NomadE5 properties to date

NomadE5 also liaised with residents to produce a Neighbourhood Agreement, signed by all tenants on the estate, which included measures such as a duty for residents to be considerate when playing music. The Neighbourhood Agreement is a very specific document relating to Cleadon Park. It was originally compiled in consultation with local residents returning to new homes on the estate. We have not encountered any difficulties from residents being asked to sign the agreement. In its simplest form the agreement is a list of dos and don’ts emphasising respect between tenants and their neighbours. The agreement is still operational and will continue to be used for all new tenants.

A series of day-to-day initiatives have also been set up to tackle specific problems. Free rubbish collection is available to residents, in a move to help prevent fly tipping, while the presence of Community Wardens and evening security patrols have helped provide an increased sense of security. The free rubbish patrols have worked really well and this has been widely publicised. The community wardens and security patrol provided a visual presence on the estate, building a good working relationship with local residents and have dealt with any problems at source.

Wider schemes include an educational regeneration project with the local primary school, which promotes the benefits of living in a safe neighbourhood and encourages respect.

The school regeneration project is governed around four main themes- communication, housing, employment and healthy lifestyles - and representatives from NomadE5 and South Tyneside Council go into the school each week is to deliver workshops based on the themes. The children learn about what regenerating a community means to them and how they can support the regeneration of their estate. Whilst there are no guarantees that every child will behave well, we strongly believe having a regular presence in school and building up a strong relationship with the children can only have a positive impact on their behaviour both inside and outside of school.

The new estate layout was specifically designed to cut crime, incorporating cul de sacs, and a homezone is in operation to reduce traffic. But as the estate still has three phases of development to complete, it is difficult to say how effective it has been at reducing crime.

Together, it is hoped that these initiatives will continue to provide a harmonious and safe environment and deter any further outbreaks of anti-social behaviour.