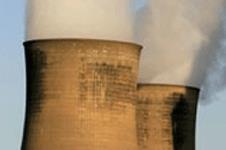 US judge revokes construction permit for not limiting carbon emissions, in landmark ruling

Construction of a £1bn ($2bn) coal-fired power station has been halted by a US court because its permit did not set limits on carbon emissions.

The court decision is the first application to an industrial plant of a landmark ruling by the Supreme Court last year recognising carbon dioxide as a pollutant under the Clean Air Act.

The decision, in the state of Georgia, could lead to a rethink on similar power stations schemes across the US and boosts hopes of stronger US legislation on climate change.

But Fulton County Superior Court Judge Thelma Wyatt Cummings Moore has now ruled that the permit should have set limits on carbon emissions and has ordered construction to halt. Dynegy is to appeal.

Coal-fired power plants are responsible for more than 30% of US carbon emissions and more are under construction now than at any time in the last 20 years.