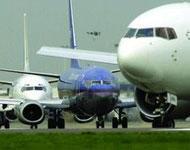 Communication failures between BAA and British Airways were to blame for the catastrophic opening of Heathrow's Terminal 5, according to the airport operator's chief executive.

Speaking before a parliamentary panel today, BAA's Colin Matthews agreed with MP Philip Hollobone that the fiasco had “turned what should have been an occasion of national pride into one of national humiliation” and said the two companies had failed to work effectively together.

But Matthews, who was appearing before the transport select committee for the second time, said the firms had learned their lesson and he was “confident” the mistakes would not be repeated during the airport's £4.54bn programme of work up to 2013.

Also giving evidence to the committee was trade union Unite, which criticised BAA for failing to consult properly in the run-up to the opening or address concerns raised about technology in the terminal.

“Hopefully, if they have another project like this, we can work together because nobody knows their workforce like the trade union.”

Senior shop steward Iggy Vaid said the “basics” still had not been put right and more than 900 bags were still lost every day during transfer.

But Matthews insisted that baggage handling in T5 is now “broadly better” than in other terminals, proving there had not been any “fundamental problems” on the opening day.

Matthews also said that plans to expand Heathrow are likely to ease problems, rather than exacerbate them. “I do think that capacity at our hub, our national connection to the rest of the world, is a critical issue,” he said.